The automaker will show off an electric SUV inspired by the Mustang next week. 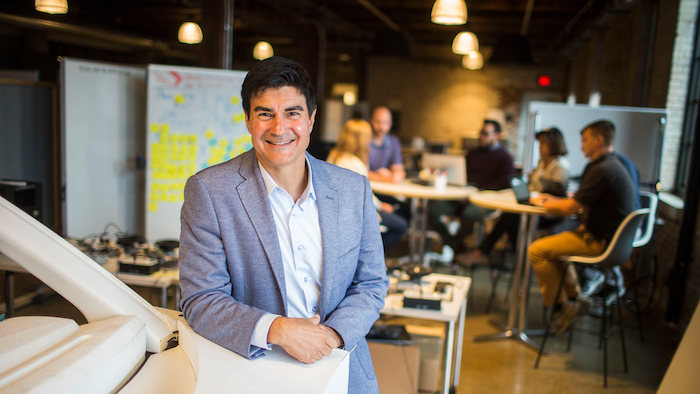 DEARBORN, Mich. (AP) — So far, electric vehicles haven't been accepted in the United States, with fewer than 1.5% of new-vehicle buyers choosing them over internal combustion engines.

Next week in Los Angeles, Ford will show off an electric SUV that is inspired by the Mustang performance car. It's the company's first consumer-friendly fully electric vehicle, and it's expected to have a range of over 300 miles per charge. Last year, Ford promised six more battery electric vehicles by 2022. An electric version of the F-150 pickup, the top-selling vehicle in the U.S., is in the works.

Ted Cannis, Ford's global electric vehicle chief, spoke recently with The Associated Press about why the automaker is dedicating so many resources to electric vehicles. His comments are edited for brevity.

Q. Why is Ford spending so much to develop electric vehicles when they are such a small part of the new-vehicle market in the U.S. and globally?

A. The growth is coming, and it's the right time now. The key is the whole powertrain, not just the batteries, are going to come down in cost. It's not cheap now, but it's not prohibitive. So now there's no engine anymore, and the batteries that fit underneath can get range. The new Mustang-inspired product is going to get 300 miles of range. You have just liberated new space and now you have performance capabilities. The cells can handle the performance and the car has enough range, so you can give things to the customer they never had before. Most of the first electric vehicles were (regulatory) compliance vehicles, so very expensive. The technology wasn't ready. But now as the technology is there you can fill in more segments of the industry. We've said we're going to come up with an F-150 battery electric vehicle. That's a big part of the business. There are other products that we've said that we've got to come out with. So you're starting to fill out all those segments in the industry that didn't have it. There's also infrastructure, even though you look around and you go 'where are the chargers?'" They're not like gas stations, not Shell or something. You can't see them, but they're there.

Q. Is 300 miles of range per charge a magic number?

A. Certainly in the United States I think it's going to be a magic number. It's not that people need it — most people don't. But I might need to. And I want to be in situations where I'm covered. So it's not for every day, and in our case we want to offer people long trips. You want to go on a road trip. I want the flexibility to go away.

Q. Do you see a tipping point where at some point the cost of battery electric vehicles drops to parity with the internal combustion engine?

A. Definitely the gap is closing, and it's closing pretty dramatically. But it's still expensive. We said let's just play to our strengths. Where are our strongest customers? Commercial vans. F-150 pickups. Performance vehicles. We know them. We do very well. The margins are better. Let's lean into the stuff that already works. I think it's coming already now.

Q. Ford is one of the four companies that sided with California over the federal government in the greenhouse gas and fuel economy standards debate. But weren't you already headed that way if you're going to have such a large number of battery electric vehicles?

A. We believe the climate map. We've done a lot of internal deep dive studies with scientists to try to figure out. That's a real thing. We think there's real capability to offer in the new products. It will be demand driven, not regulatory driven. But it still requires a lot of pace of change. One thing is regulation. The other thing is the customer. They don't know all these great benefits yet.