The departing Jean-Claude Juncker suggested President Trump "will complain a bit, but he will not impose any automobile tariffs." 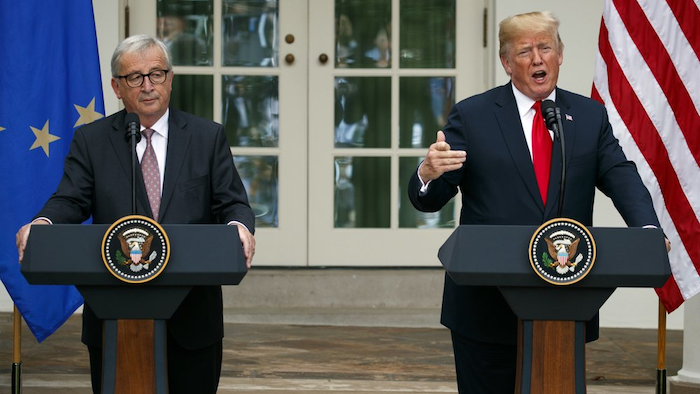 The Trump administration has already imposed tariffs that have hit European Union steel, aluminum and agricultural products, and is due to decide next week whether to impose tariffs on Europe's massive automobile exports.

The previous tariffs have already provoked retaliation from the 28-country trade bloc, and auto tariffs could significantly escalate tensions.

The EU and Washington are seeking to conclude a trade agreement by mid-November to defuse the situation.

Juncker told Germany's Sueddeutsche Zeitung newspaper Friday: "Trump will complain a bit, but he will not impose any automobile tariffs."

Without giving specifics, he added: "He will not do it," and told the paper, "You're talking with a fully informed person."