Sales growth has been in negative territory every month since June 2018. 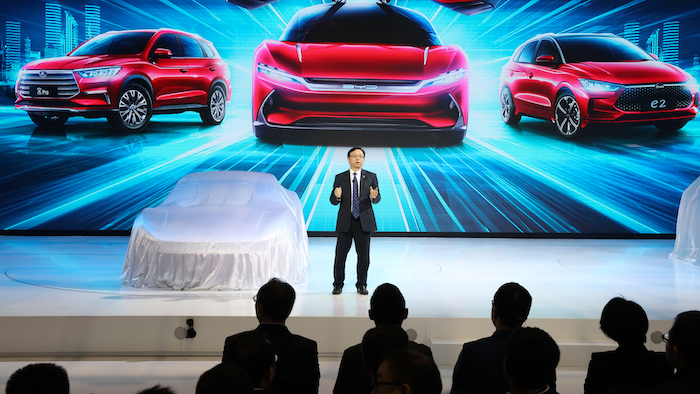 The Chinese auto market is on track to contract for second year, dragged down by weak demand in the face of cooling economic growth and a tariff war with Washington.

Drivers bought 1.9 million sedans, SUVs and minivans, according to the China Association of Automobile Manufacturers.

Sales growth has been in negative territory every month since June 2018.

Total vehicle sales, including trucks and buses, shrank 0.6% to 2.3 million.

Sales of electric and gasoline-electric hybrid vehicles tumbled 45.6% to 75,000. Demand has been hurt by the end of government subsidies in mid-2019.

Beijing has spent billions of dollars promoting electrics sales. Regulators are shifting the burden to automakers by eliminating subsidies and imposing minimum sales quotas. That raises the cost to buyers.

The October figures were a small improvement over September's 6.3% contraction and better than double-digit contractions in previous months.

Electrics sales still are up 10.1% for the year to date, reflecting strong first-half demand before the end of subsidies.

Sales of SUVs, usually a bright spot for the industry, were down 8.3% in the first 10 months of the year but CAAM gave no total. That was slight improvement over the 9.3% decline for the nine months through September.