The government's highway safety agency says it will look at including new technology to make roads safer. 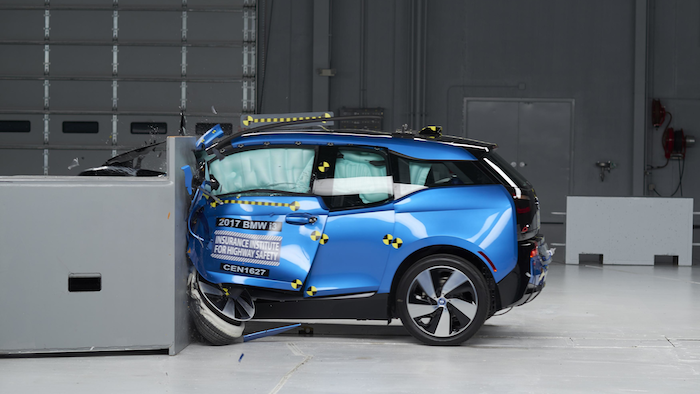 A 2017 BMW i3 during crash safety testing.
Matt Daly/Insurance Institute for Highway Safety/AP

DETROIT (AP) — The government's highway safety agency says it plans a significant update to its automobile crash test ratings next year, and it will look at including new technology to make roads safer.

The National Highway Traffic Safety Administration says it will study new test procedures and updates to its star rating system for automobiles, as well as technology that will better protect pedestrians and bicyclists.

The announcement comes a day before a road safety advocacy group planned a press conference to call on the agency to update the safety tests. Advocates for Highway and Auto Safety say the U.S. pioneered the ratings but they haven't kept pace with new technology and have fallen behind other countries.