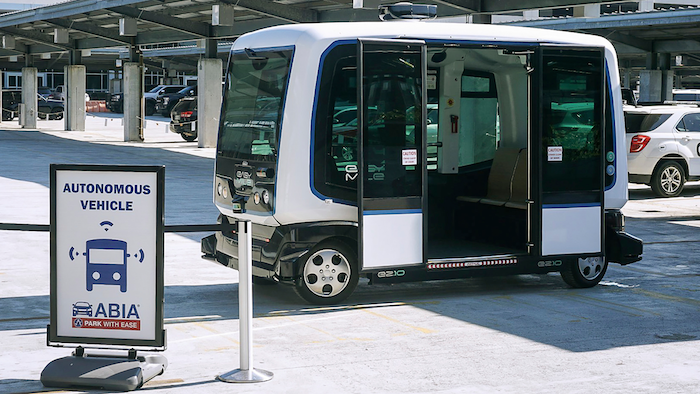 AUSTIN, Texas (AP) — A Texas airport has begun testing a driverless shuttle outfitted with cameras and sensors to ensure passengers are transported safely and without the danger of being hit.

Austin-Bergstrom International Airport on Friday announced the electric autonomous vehicle called Easy Mile EZ10 will be tested for six months in an environmental and people-moving project. An airport attendant is present to help travelers and for safety purposes.

The shuttle, with seating for six and room for other passengers to stand, has a pre-programmed route between the Barbara Jordan Terminal and the rental car/ground transportation sites. The shuttle, operating on the upper level of Garage 1, complies with the Americans with Disabilities Act and has wheelchair accessibility.