The automaker said Vice President Mike Pence incorrectly suggested that funding to buy the Lordstown, Ohio, plant was in place. 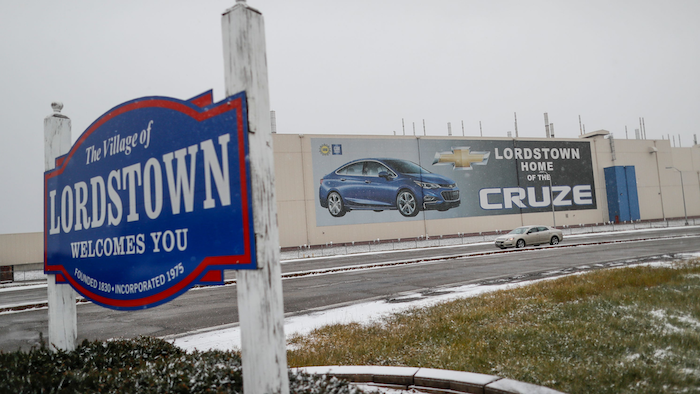 A banner depicting the Chevrolet Cruze model vehicle is displayed at the Lordstown plant on Nov. 27, 2018.
John Minchillo/AP Photo

Pence made the comments Tuesday while visiting Lancaster, Ohio.

GM spokesman Jim Cain tells The Vindicator in Youngstown that $25 million obtained by Workhorse Group Inc. from private investors is not directly related to a sale of the Lordstown plant.

The newspaper reported that Pence's office and a Workhorse spokesman didn't immediately respond to follow-up inquiries about the vice president's comments.

Cain says discussions about the details and conditions of a potential purchase are ongoing between GM, Workhorse and its new affiliated company. Cain says the buyer would be that affiliate, not Workhorse.