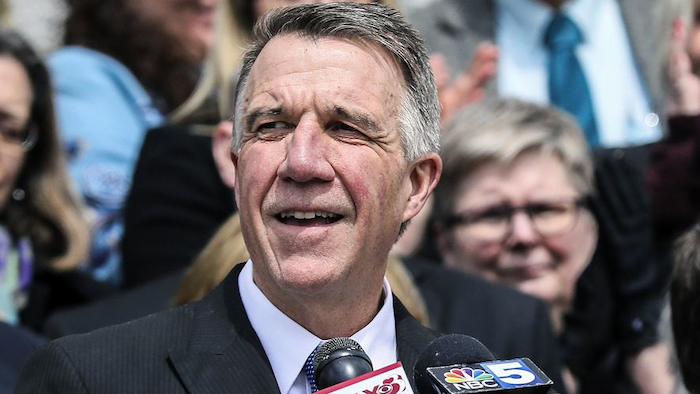 In this April 11, 2018, file photo, Vermont Gov. Phil Scott speaks before signing a bill on the steps of the Statehouse in Montpelier, Vt.
AP Photo/Cheryl Senter, File

MONTPELIER, Vt. (AP) — The state of Vermont wants to increase the number of electric vehicles by more than 16 times by 2025.

The push for electric vehicles is part of the state's long-term goal of reducing greenhouse gas emissions. Now transportation accounts for about 45 percent of Vermont's emissions.

Stating this month, at least half of the vehicles purchased for the state fleet must be plug-in electric. In two years that figure will increase to 75 percent.