After reporting a loss for the first quarter, the automaker announced it would consolidate model variation and increase parts-sharing to cut costs. 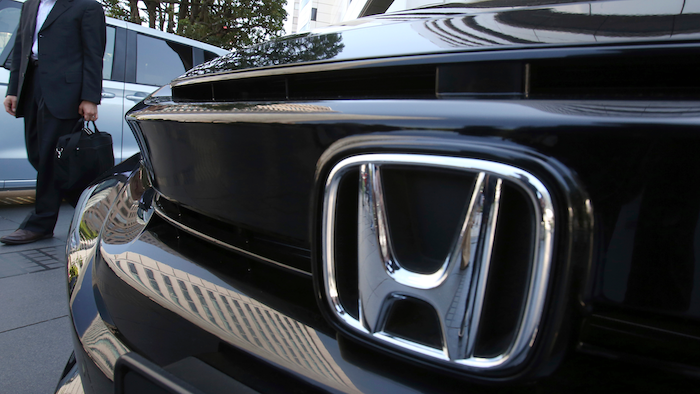 A visitor looks at a car displayed at the showroom at the Honda Motor Co. headquarters in Tokyo, Wednesday, May 8, 2019.
AP Photo/Koji Sasahara

Honda reported a loss for January-March Wednesday, despite growing sales, as an unfavorable exchange rate, income tax expenses and other costs hurt results.

For the fiscal year through March, Honda recorded a 610.3 billion yen ($5.5 billion) profit, down 42% on year because of an absence of a U.S. tax break, which boosted earnings the previous year.

Inter-regional cooperation will reduce manpower needs by a third, which will instead be used for research and development, he said.

In North America, a critical market for the Japanese automakers, Honda will reduce model options to realize growth, he added.