The penalty and investment spending, along with weaker pricing in some markets, led to an operating loss for the company's car-making business. 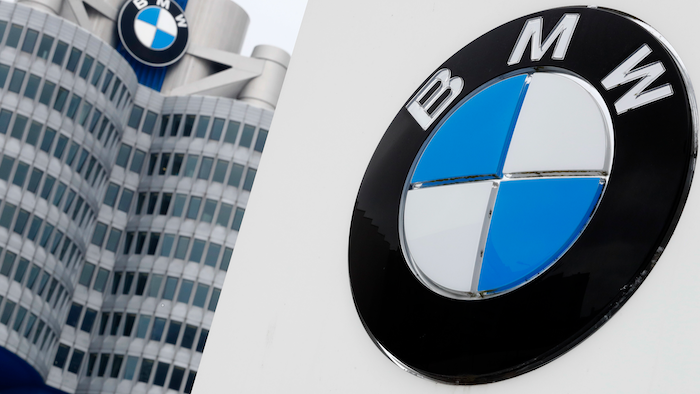 BMW lost money making cars in the first quarter as its automotive division was hit by a 1.4 billion-euro ($1.6 billion) set-aside for an antitrust fine from the European Commission and by higher up-front costs for new technology and factories.

The fine and investment spending, along with weaker pricing in some markets, led to an operating loss for the company's car-making business of 310 million euros, while its financial services and motorcycle businesses remained profitable and pushed the company as a whole into profit.

The loss reported Tuesday compares with an operating profit of 1.8 billion euros for the division in the year-earlier quarter.

The European Commission is investigating automakers on suspicion they colluded to restrict competition in the development of emissions-reduction technology. BMW disputes the allegations and says it will challenge them legally but concedes a fine is more likely than not.

The Munich-based company was able to slightly increase the number of vehicles sold to 605,333 and said it expected a boost from new models. Those include improved hybrid versions of its mainstay sedans, the 3-Series and the larger 7-Series, as well as of the X5 sport-utility, which have extended their electric-only range before using the internal combustion engine.

CEO Harald Krueger said the company remained positioned for better results due to new products and leaner structures. "We remain firmly on course and expect business to benefit from tailwinds, especially in the second half of the year, as new models become available," he said in a statement.

BMW said it had seen pressure on pricing in some markets. A key metric, operating profit margin on its automobile business, declined to minus 1.6 percent from plus 9.7 percent in the same quarter a year ago. Without the antitrust penalty, it would have been plus 5.6 percent.

The diminished profitability was in sharp contrast to the fat margins BMW used to rack up quarter after quarter, and reflects the cost and regulatory pressure faced by the global car industry.

Analyst Max Warburton at research firm Bernstein said that margins had not been this low since 2006-7, excluding the global financial crisis of 2008-9. He said the problem was in part an increasing share of electric cars, which carry higher manufacturing costs. He noted that BMW was not alone in seeing lower profitability since luxury car competitor Mercedes-Benz, part of Daimler AG, reported only a 4.5 percent operating margin excluding its joint venture in China.

Automakers face challenges on multiple fronts. They face headwinds from tariff disputes between the U.S. and China and regulatory pressure to reduce emissions of greenhouse gases and other pollutants. And they must relying on profits from their traditional business of selling cars with gasoline and diesel engines to fund heavy investments in new technology expected to change personal transportation in coming years.

Those include battery-powered autos, needed to meet tough emissions requirements in the European Union and in China in the coming decade, as well as ways of offering cars as a service such as car-sharing and ride-hailing through smartphone apps. In the longer term, companies are working on autonomous vehicles that drive themselves all or part of the time.