The Escape was the No. 2 seller in the segment just six years ago, but the current, outdated model tumbled to just 6 percent of the market last year. 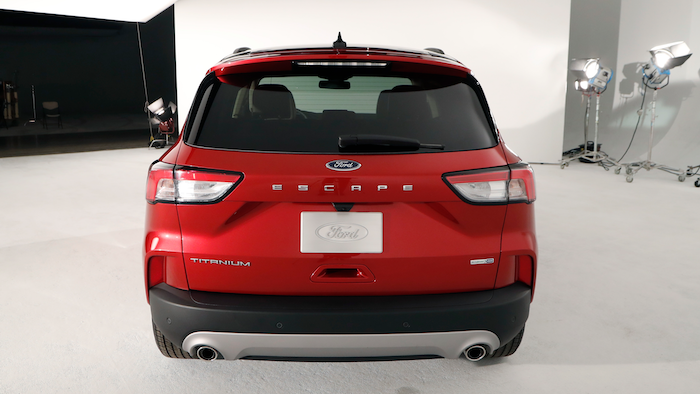 In the auto industry, it's pretty well known that if you don't revamp your vehicles every few years, buyers will flee to companies with newer models.

Ford learned that lesson again with its Escape compact SUV, which just six years ago was the second-biggest player in the fastest-growing part of the U.S. market. In 2013, the Escape captured just over 16% of all compact SUV sales with nearly 296,000 leaving the lot, beaten only by Honda's CR-V.

But by last year, as the current outdated version of the Escape hit its sixth model year in what has become the largest vehicle segment in the U.S., its share had tumbled to just 6%. The company is counting on an all-new version of the SUV due out in the fall to reverse that trend.

To be sure, the competition has heated up. Six years ago there were only 17 compact SUVs available nationwide. That has nearly doubled to 30 this year, according to LMC Automotive, a forecasting firm.

The 2020 Escape gets four new engine-transmission combinations including a plug-in gas-electric hybrid that can go 30 miles on electricity. There's also a conventional hybrid and two turbocharged four-cylinder engines mated to eight-speed automatic transmissions.

The new Escape, unveiled Tuesday, is sleeker and appears more aerodynamic. It's shed 200 pounds because Ford is employing more light, high-strength steel. It also has sliding second-row seats for more legroom. Price and gas mileage have not been released.

It's going up against new market leaders including last year's top-selling Toyota RAV4, the CR-V, Chevrolet Equinox and the Nissan Rogue. All have been revamped in the past few years in a segment that has replaced the midsize car as America's most popular vehicle in 2015.

If Ford neglects to update the Escape again for an extended period of time, it risks losing an even greater share of a U.S. market that only continues to grow. LMC projects compact SUV sales will rise 7.4 percent over the next five years, to more than 3 million annually.

"There's going to be a pretty pronounced push from other manufacturers into this segment, because this is the No. 1 segment," Schuster said.