The lawyer for former Nissan Chairman Carlos Ghosn reiterated his client's innocence and accused the automaker of working "as one" with prosecutors. 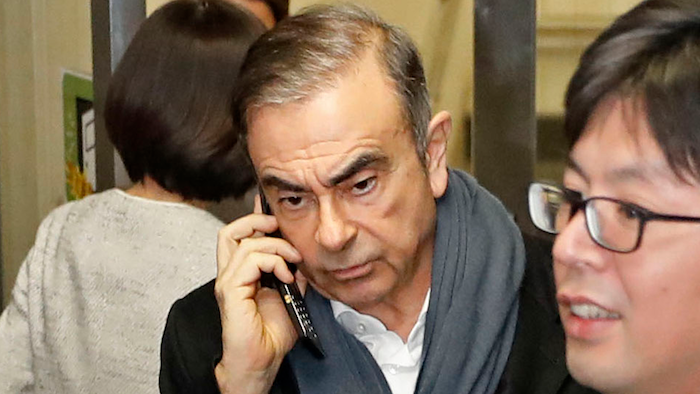 The lawyer for the former chairman of Nissan Motor Co., Carlos Ghosn says his client would not get a fair trial under the same judge as the Japanese automaker, which is a co-defendant in a financial misconduct case.

Hironaka reiterated Ghosn's innocence and accused Nissan of working "as one" with prosecutors.

He noted the process of submitting evidence in preparation for the trial had just started.

Ghosn was arrested in November and charged with breach of trust and with falsifying financial reports in under-stating his compensation.