The U.S. auto industry opposes the duties because they use imported auto parts, which would be more expensive if the tariffs were imposed. 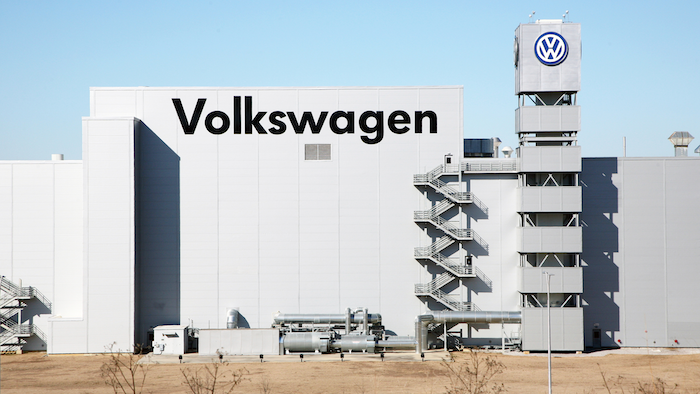 President Donald Trump criticized European auto makers Friday, suggesting he could impose tariffs on imports from companies such as BMW and Mercedes unless they build more plants in the United States.

In an interview with Fox Business Network's Maria Bartiromo, Trump said that he has rejected proposals from the European Union that would bring auto tariffs on both sides to zero.

Trump's comments come roughly a month after the Commerce Department completed an investigation into whether auto imports threaten national security and forwarded its conclusions to the White House.

The results of the report haven't been released. But Derek Scissors, a resident scholar at the American Enterprise Institute, said he has seen a copy and that it concludes auto imports threaten national security by worsening the trade deficit.

The president has until roughly mid-May to decide what action to take, if any, in response to the report. He could impose tariffs of up to 25 percent on all auto and auto parts imports, or a just on specific items from specific countries.

The prospect of such duties has sparked strong opposition on Capitol Hill, where they have been criticized by members of Congress from both parties. Most White House officials oppose them too, analysts say.

"I don't think there's any official in the White House that supports" auto tariffs, said David Dollar, a senior fellow at the Brookings Institution.

The U.S. auto industry also opposes the duties, because they use imported auto parts, which would be more expensive if the tariffs were imposed.

"The problem is that the Chevrolet will never be accepted in Europe like the Mercedes is accepted here, so it's not a good deal," he said.

He also praised the 25 percent tariff the United States imposes pickup truck imports, a legacy of a decades-old trade fight with Germany.

"That's our best segment by far," he said.