Trump to GM: Reopen Ohio Plant, Close One in Mexico or China

General Motors said in a statement Sunday that the future of plants scheduled to be closed "will be resolved between GM and the UAW." 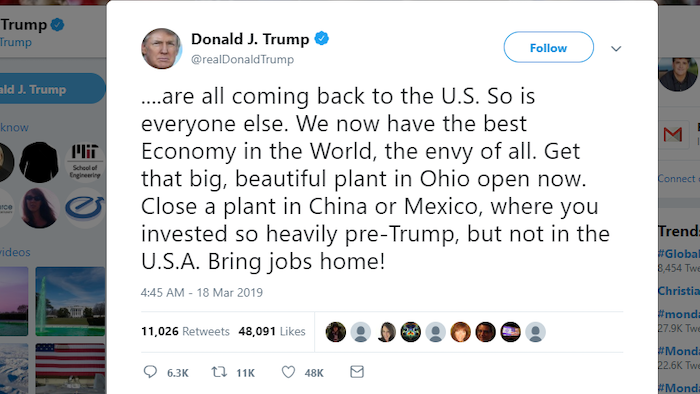 WASHINGTON (AP) — President Donald Trump is escalating his pressure on General Motors, as he calls for the company to reopen an Ohio manufacturing plant.

Trump tweeted Monday that GM should: "Close a plant in China or Mexico, where you invested so heavily pre-Trump," and "Bring jobs home!"

Trump travels to politically important Ohio this week. Over the weekend, Trump tweeted that officials should start talks with the United Auto Workers immediately so that the Lordstown plant could be reopened or sold.

General Motors said in a statement Sunday that the future of plants scheduled to be closed "will be resolved between GM and the UAW." The automaker said that they had "opportunities available for virtually all impacted employees."