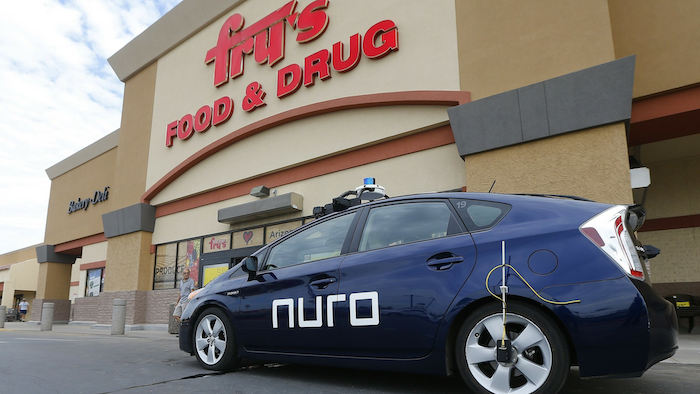 The company also licensed its technology to Ike, a self-driving trucking company.

“In just two years Dave, Jiajun and team have developed Nuro from a concept into a real business using robotics to connect retailers to customers,” SoftBank Investment Advisers managing partner Michael Ronen said in a statement. SoftBank was one of several initial investors in Nuro, along with Greylock Partners and Gaorong Capital.

Nuro said the massive investment would advance its self-driving systems as well as expand its workforce, its partner network and the size and reach of its delivery fleet.

“This partnership gives us the opportunity to take the next step in realizing our vision for local commerce and the broad application of our technology,” said co-founder Dave Ferguson.