Nissan lowered its profit forecast for the full year on Tuesday, partly due to special charges related to alleged false financial reporting by its former chairman. 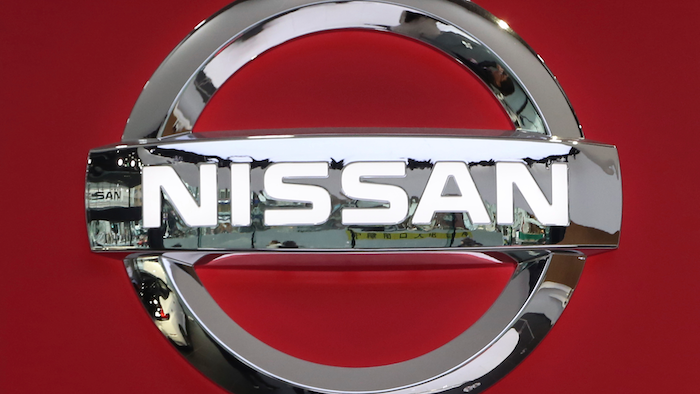 In this Feb. 5, 2019, photo, the logo of Nissan Motor Co., is seen at its showroom in Tokyo.
AP Photo/Koji Sasahara

Nissan lowered its profit forecast for the full year on Tuesday, partly due to special charges related to alleged false financial reporting by its former chairman, Carlos Ghosn.

The main factor behind the sharp weakening in profit for the fiscal third quarter was the absence of a lift from U.S. tax reforms that sharply boosted Nissan's earnings in late 2017.

The maker of the Leaf electric vehicle, X-Trail sport utility vehicle and Infiniti luxury models cut its profit forecast for the fiscal year through March to 410 billion yen ($3.7 billion), down 45 percent on year. The previous projection was for a 500 billion yen (4.5 billion) profit.

The company said the main reason for the downgrade was faltering sales in China and the U.S.

But it also logged about 9.2 billion yen ($83 million) in costs related to the alleged false underreporting of Ghosn's compensation, according to Nissan.

Ghosn has been detained without bail since Nov. 19. Besides falsifying financial reports, he has been charged with breach of trust related to his handling of investment losses and payments to a Saudi businessman. Ghosn has said the payments were for legitimate services and Nissan didn't suffer losses.

He has said he is innocent of any wrongdoing and is the target of a conspiracy to oust him from the company he helped turn around when it was on the brink of bankruptcy 20 years ago.

Nissan Chief Executive Hiroto Saikawa told reporters Tuesday that whether the company will pay Ghosn the under-reported compensation has not yet been decided. Ghosn has said the compensation was never paid or decided upon.

"It is practically our first meeting," he said, declining to detail the agenda. "We want to build mutual trust and good communication."

Renault owns 43 percent of Nissan, and Nissan owns 15 percent of Renault. There is talk of merging the two automakers under one holding company.

Saikawa, who recently visited Senard in France, said the two sides basically agree they want to strengthen their alliance as a "win-win," but no changes to its structure have been decided on.

Asked about his own role in the alleged wrongdoing Nissan accuses Ghosn of concocting, Saikawa said he and many other executives were in shock.

"We are filled with regret about how we didn't see it and how we couldn't stop it," he said.