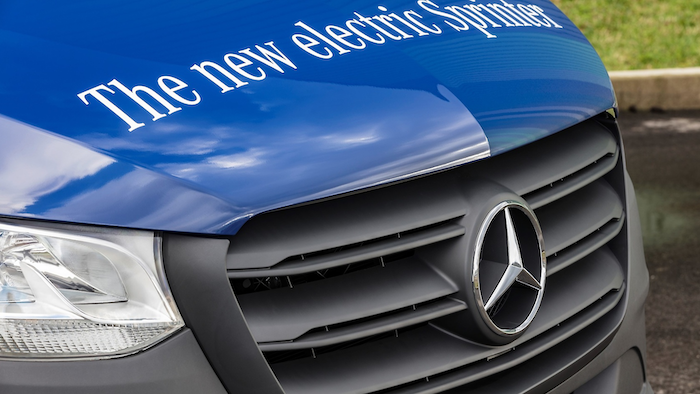 Daimler is talking with Tesla about potentially partnering on an electrified service van, the German auto titan’s CEO said this week.

Dieter Zetsche told Bloomberg that “talks are happening” but that the outcome remains “open.”

According to the report, the discussions began after Tesla CEO Elon Musk wrote on Twitter late last year that he would be interested in working with Daimler on a service van. Zetsche added that Tesla’s technicians used the Mercedes vans to travel between customers.

Musk’s comment reportedly prompted a series of calls between the companies. Daimler held a 4 percent stake in the electric vehicle startup from 2010 to 2014, and Tesla executive Jerome Guillen, who previously worked at Daimler, was reportedly involved in the recent discussions.

Daimler already plans to roll out an electric version of its Sprinter this year, and Bloomberg noted that a collaboration could simply mean switching Tesla personnel over to the new mid-size electric van. The eSprinter, however, features a range of 93 miles per charge — which would largely restrict it to fleets operating in densely populated areas.