The motorcycle maker's fourth-quarter profit dropped from a year earlier amid a large restructuring expense. 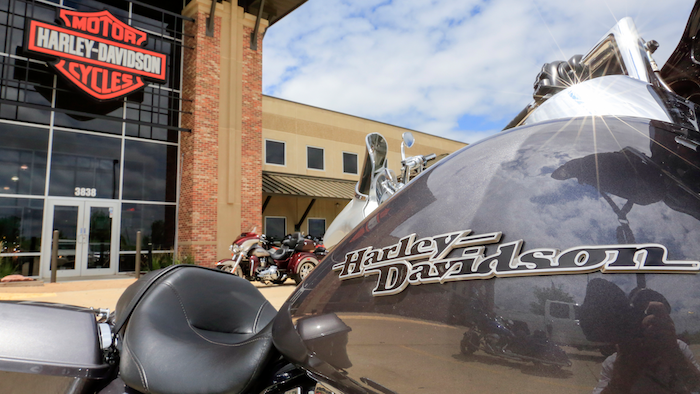 Harley-Davidson's fourth-quarter profit dropped from a year earlier, stung by a large restructuring expense. While its adjusted results met Wall Street's view, revenue was pressured by lower sales in the motorcycle segment and a decline in shipments.

The motorcycle maker earned $495,000, or less than a penny a share, for the period ended Dec. 31. A year earlier the Milwaukee-based company earned $8.3 million, or 5 cents per share.

The latest quarter included a restructuring expense of $19.4 million. Excluding that and the impact of tariffs, earnings were 17 cents per share, in line with the estimates of analysts surveyed by Zacks Investment Research.

Sales for the motorcycle segment declined in the quarter, with shipments down 7.9 percent to 43,489.