Nissan Confirms Inquiry from US Regulators

The inquiry from the Securities and Exchange Commission suggests investigations into dealings by former chairman Carlos Ghosn could expand beyond Japan. 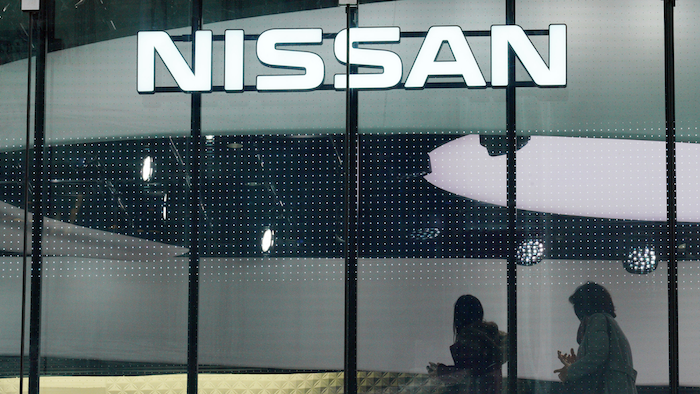 In this Nov. 22, 2018, file photo, visitors walk near the logo of Nissan at a showroom in Tokyo.
AP Photo/Eugene Hoshiko, File

Nissan Motor Co. said Monday it has received an inquiry from the U.S. Securities and Exchange Commission, suggesting investigations into dealings by its former chairman Carlos Ghosn could expand beyond Japan.

The Japanese automaker confirmed "we have received an inquiry from the SEC, and are cooperating fully. We cannot provide further details."

The statement followed reports by both Japanese and foreign media that the U.S. financial markets watchdog was investigating Nissan's pay to executives in the United States.

Bloomberg, citing people familiar with the matter, said the SEC was probing whether Nissan's executive-pay disclosures were accurate and if the carmaker had taken enough steps to prevent improper payments.

Nissan's ex-chairman Carlos Ghosn is facing charges in Japan of falsifying financial statements by under-reporting his compensation and of breach of trust related to his handling of investment losses and payments to a Saudi businessman.

Ghosn has been detained in Tokyo since his arrest on Nov. 19. He has said he is innocent of any wrongdoing.

Nissan has factories in Canton, Mississippi and in Smyrna, Tennessee. The company's shares are traded as American Depository receipts in the U.S.

Ghosn led an expansion of production in the U.S., Nissan's biggest market.