The parents of a Florida teenager killed in a crash last year argue the car did not adequately protect against post-crash fires. 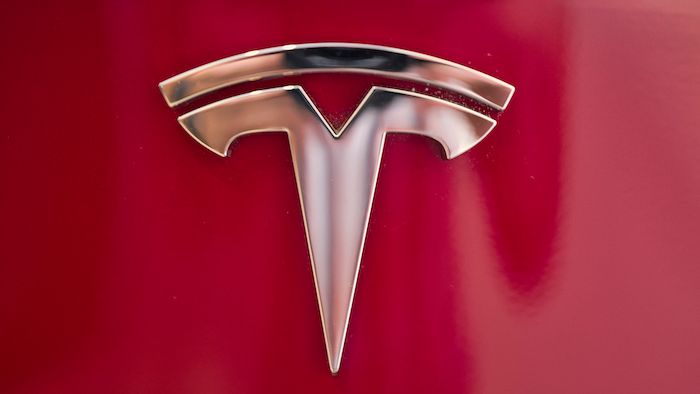 This Aug. 8, 2018, file photo shows a Tesla emblem on the back end of a Model S in the Tesla showroom in Santa Monica, Calif.
AP Photo/Richard Vogel, File

The parents of a Florida teenager killed when a Telsa sedan crashed and caught fire last year are suing the electric car company alleging that the battery pack on its electric Model S is defective and can erupt into intense fires.

Their son, Edgar Monserratt Martinez, 18, was a front-seat passenger in the May 8, 2018 crash in Fort Lauderdale that also killed the driver, Barrett Riley, also 18. Another teen was thrown from the car and injured.

Corboy also alleges that Riley's parents had a device installed on the 2014 Tesla that limited its speed to 85 miles per hour after he was ticketed in March for driving 112 mph (180 kph). The device was installed at a Tesla service center but removed during a subsequent service visit without the parents' knowledge, the lawsuit alleges.

The lawsuit accuses Tesla of negligence and seeks damages of more than $15,000.

According to a preliminary report by the National Transportation Safety Board, which is investigating the crash and others involving Tesla vehicles and fires, the Model S was traveling 116 mph (187 kph) three seconds before it crashed into a wall, and it only slowed to 86 mph (138 kph) as the air bags inflated.

The car missed a curve with a 25 mph (40 kph) speed limit and hit the wall twice, and witnesses reported that it erupted in flames.

"Our thoughts continue to be with the families affected by this tragedy," Palo Alto, California-based Tesla said in a statement. "Unfortunately, no car could have withstood a high-speed crash of this kind."

The company noted that last year it introduced "Speed Limit Mode," which allows Tesla owners to limit their car's speed and acceleration, and dedicated the feature to Barrett Riley.

Witnesses told investigators the Tesla driver went into the left lane to pass another vehicle and lost control while trying to return to the right lane. At the crash site on Seabreeze Boulevard, the road curves to the left, and there's a 25 mph (40 kph) warning sign with a flashing beacon.

The Tesla's lithium-ion battery reignited twice after firefighters extinguished the flames, once as the car was being loaded for removal from the scene and again in a storage yard.

Batteries like those used by Tesla and other electric cars can catch fire and burn rapidly in a crash, although Tesla has maintained its vehicles catch fire far less often than those powered by gasoline.