The German automaker now says profits for the year will be "significantly lower" than last year. 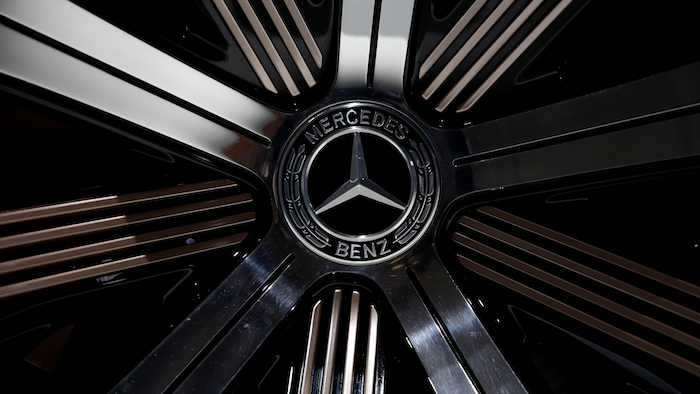 In this Feb. 2, 2017 file photo the logo of Mercedes-Benz E-Class Coupe is photographed prior to the annual balance news conference at the company's headquarters in Stuttgart, Germany.
AP Photo/Matthias Schrader, file

The company, which makes Mercedes-Benz luxury cars, had already warned that profits would decrease due to regulatory actions involving diesel cars and other issues. It now says profits for the year will be "significantly lower" than last year.

CEO Dieter Zetsche nonetheless gave an upbeat assessment for the remainder of the year, saying that "the continued high demand from our customers makes us confident for the fourth quarter."

Chief Financial Officer Bodo Uebber said the company had costs in the middle three-digit millions for dealing with "government proceedings." He said he could not provide more details due to confidentiality agreed with the authorities, with whom the company was cooperating.

The German government has been pushing automakers to reduce emissions in existing cars through software updates and trade-in premiums for existing vehicles. Meanwhile, Daimler faces investigations by German prosecutors and the U.S. Department of Justice into possible manipulation of diesel emissions.

Diesel emissions have been under increased scrutiny since Volkswagen was caught using software to cheat on U.S. emissions tests and paid more than 28 billion euros in fines and settlements. Other carmakers were found to have used regulatory loopholes to turn off controls under certain circumstances, so that real-life emissions were higher than in testing. New European Union test procedures came into force Sept. 1 to make testing more closely reflect every day driving conditions. Daimler encountered backlogs getting cars approved under new emissions rules.

Earnings at the Mercedes division fell 35 percent to 1.37 billion euros amid the emissions certification backlog. The operating margin — a key measure of the division's profitability — slipped to 6.3 percent from 9.0 percent in the same quarter a year ago.

Meanwhile, while the company's truck division, whose brands include Freightliner and Western Star, saw a 38 percent increase in operating profit, to 850 million euros.