The Berlin administrative court on Tuesday ruled in favor of a suit brought by the environmental lobby group DUH. 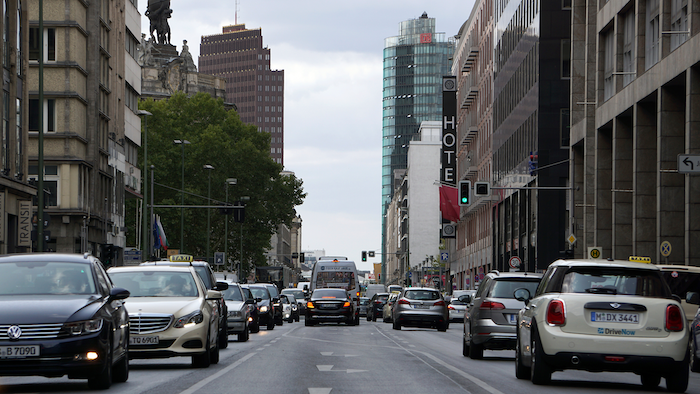 In this Tuesday, Aug. 28, 2018 photo cars drive on the 'Leipziger Strasse' towards the Potsdamer Platz in Berlin, Germany.
AP Photo/Michael Sohn, file

A Berlin court has ordered the city to ban older diesel vehicles from several downtown streets to reduce nitrogen dioxide levels in the German capital.

The Berlin administrative court on Tuesday ruled in favor of a suit brought by the environmental lobby group DUH, saying that the city-state's pollution reduction plan had been insufficient.

The decision comes as the federal government seeks to avoid ad hoc bans by pushing a plan to get older diesels off the road and upgrade newer ones.

Several cities, including Hamburg, Stuttgart and Frankfurt, have already imposed bans or partial bans after lawsuits.

The Berlin ban, affecting vehicles at the Euro 5 emissions standard or less is to be implemented by the end of next March at the latest. Euro 6 is the latest standard.