Volkswagen's supervisory board approved an agreement with Rupert Stadler that will see him leave with immediate effect. 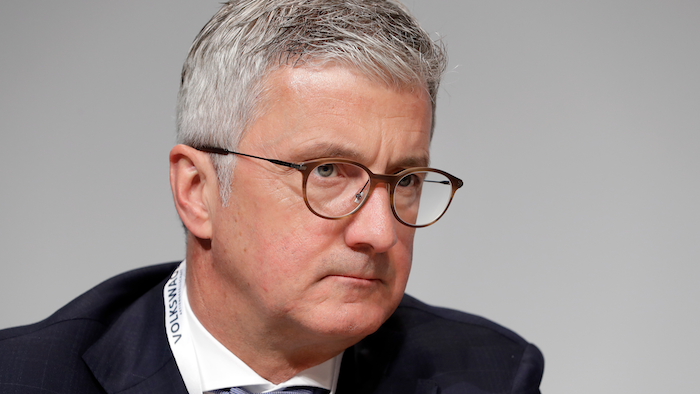 Suspended Audi CEO Rupert Stadler is leaving the automaker, parent company Volkswagen said Tuesday, more than three months after he was arrested as part of a probe into the manipulation of diesel emissions controls.

Volkswagen said its supervisory board approved an agreement with Stadler that will see him leave with immediate effect. It said in a statement that Stadler was unable to fulfill his duties as a board member due to his continuing detention and that he wants "to concentrate on his defense."

The company added that the settlement of contractual details "depends on the course and outcome of the criminal proceedings."

After Stadler was arrested in mid-June, Audi temporarily relieved him of his duties at his own request and named sales chief Abraham 'Bram' Schot as interim CEO.

German prosecutors ordered Stadler's arrest due to fears he might try to evade justice. A week earlier, authorities had searched his private residence on suspicion of fraud and indirect improprieties with documents.

The emissions scandal has rocked Volkswagen since 2015.

Stadler joined Audi in 1990 and had been with Volkswagen ever since. He became Audi CEO in 2007 and joined Volkswagen's management board three years leader.

Schot said that Audi nearly doubled its sales and revenue in Stadler's time as CEO.