The design shows rotor blades that deploy from each wheel, which allow the car to take off vertically.

On September 13, 2018, Toyota Motor Engineering & Manufacturing North America filed a patent for a new flying car that has rotors on the wheels.

According to the patent, the dual-mode vehicle would transition between flight mode and land mode. The wheels are attached to a central pivot that lowers them to the ground when it’s in land mode (a.k.a. a car).

When it transitions to fly, the central pivot lifts the wheels above the chassis. Rotor blades deploy from each wheel, and the car takes off vertically.

It appears as though Toyota is going the vertical take off and landing (VTOL) route, rather than an octocoptor like the Koncepto Millenya we saw from an amateur engineer a couple of weeks ago, or a transition aircraft, like the Transition from Terrafugia, which has foldable wings that deploy in about a minute.

However, when it comes to time-to-market, Terrafugia is out front. While Toyota's concept is still a PDF, the Transition will begin taking pre-orders next month for around $300,000 to $400,000. The Transition is a road-able light sport aircraft, which basically means a plane that you can drive, whereas this Toyota concept has the ability to be a car in one mode and a helicopter in another. 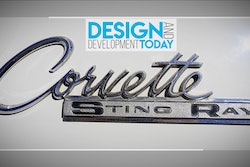 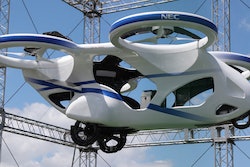