More than 20 cases of BMW fires have been reported in South Korea, mostly in July. 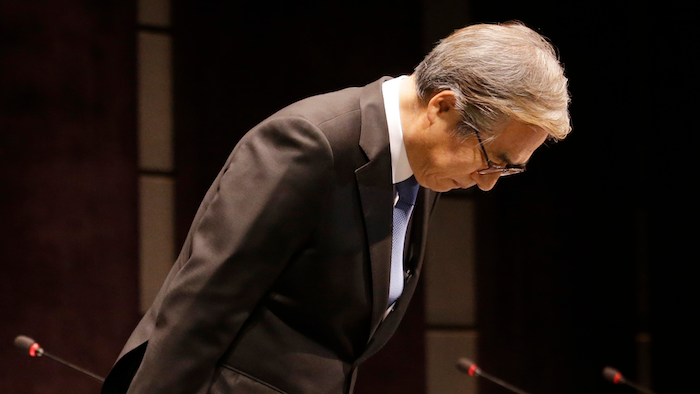 BMW AG's Korean unit apologized Monday over engine fires that prompted recalls and a probe, seeking to allay concerns over images of cars engulfed in flames.

BMW Korea Chairman Kim Hyo-joon said the German carmaker will fully cooperate with the transport ministry's investigation and complete emergency safety inspections of its vehicles by next week.

More than 20 cases of BMW fires have been reported in South Korea, mostly in July. Images and videos of BMW sedans engulfed in smoke and gutted by fires caused alarm among drivers. Some parking lots reportedly refused to let in BMW drivers and other drivers said they were trying to avoid BMWs on the road.

BMW said it found the cause of the engine fires was leaks in their exhaust gas recirculation (EGR) coolers. That caused fires when vehicles were driven at high speeds for long periods of time. The company denied speculation that faulty software programs may be behind the fires.

"The root cause is hardware issues. This has nothing to do with software issues," Johann Ebenbichler, BMW's vice president for quality management, told reporters in German, interpreted by a translator. He also said the fire will only occur while the vehicles are being driven.

"I'd like to make it clear. This cannot happen when a vehicle is parked."

The company is still investigating why South Korea saw so many such incidents this summer. Overall, the engine failure rates in South Korea were no more numerous than in other countries where BMW has used the same software and hardware, Ebenbichler said.