Automakers Stick to Obama-Era Rules as They Wait for Answers

The companies aren't sure what requirements they will have to meet in 2021. 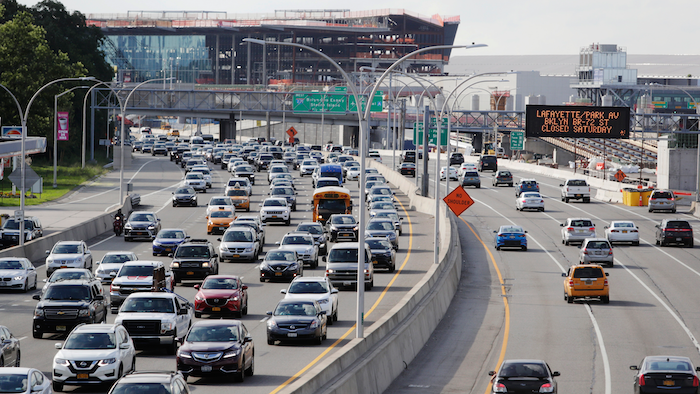 For all the drama surrounding the Trump administration's attempt to undo Obama-era fuel economy requirements, automakers are likely to stick to them until they get some answers.

The administration on Thursday unveiled plans to freeze the requirements at 2020 levels through 2026, after which they will be revisited. That means the fleet of new vehicles would have to average about 30 miles per gallon in real-world driving from 2020 through the next six years. The previous fuel standards under President Barack Obama required about 37 mpg by 2025.

But much remains in flux. The Trump administration likely will challenge California's ability to set its own stricter standards that now match the ones under Obama, and depending on who wins, the U.S. could wind up with two gas mileage standards. It could take years for courts to settle the dispute, or both sides could negotiate one standard. There's also the looming 2020 presidential election, which could upend the requirements again if a Democrat takes over.

In the meantime, automakers aren't sure what requirements they will have to meet in 2021, so most are proceeding as if the Obama-era requirements won't change. They're continuing to develop more efficient vehicles including electrics and hybrids.

"We'd like to get clarity as soon as we can," General Motors President Dan Ammann said Friday on the sidelines of a cybersecurity conference in Detroit. "We'd be very much behind one national standard that we can work to plan, to deploy capital against."

The government will take comments on the proposal to freeze requirements and some other options, including leaving the previous fuel standards in place. A decision is expected by early next year.

Ammann mirrors other automakers in saying that his company will continue to develop electric and gas-electric hybrids. Most are looking for relief from the Obama-era standards that could prompt fines for non-compliance because people are buying less-efficient trucks and SUVs in record numbers.

Some, like Toyota, say they'll go for standards that increase over time and "encourage new technologies in the marketplace and account for today's market realities."

Thirteen states now follow California's requirements. If they force two standards, that will drive the automakers' engineering and manufacturing costs to build two versions of each vehicle.

The Trump administration could freeze standards for the rest of the nation while the court fight rages. If that happens, Abuelsamid sees automakers marketing trucks and SUVs heavily in states that don't follow California.

Even if the federal government ultimately wins, the U.S. will still get most of the same vehicles as the rest of the world because automakers have to comply with standards that already are stricter in China, Japan and the European Union, analysts say. Companies want to sell the same vehicle in as many places as possible to spread out development costs and make more money.

"As global automakers, they will continue to develop high-efficiency clean technology," said Rebecca Lindland, an analyst for Kelley Blue Book. Still, hybrid and electric vehicles are a tough sell in the U.S. now, where combined they make up less than 4 percent of the market, she said.

If the requirements are relaxed in the U.S., the country likely will see less-efficient engines and transmissions than automakers sell in the rest of the world, Lindland said.

Congress passed the first fuel economy standards in 1975 after a 1973 oil embargo dramatically raised gas prices. Fuel efficiency for cars had to rise to 27.5 miles per gallon by 1985 under less-accurate gas mileage tests in place at the time, according to the Union of Concerned Scientists. They stayed stagnant until 2007, when they were raised to 35 mpg by 2020, combined for cars and trucks.

In 2010, more stringent standards were approved under the Obama administration that raised the combined mileage to 34.1 mpg by 2016, still under the old testing system. California accepted those standards.

The requirements were again raised in 2012 so the fleet of new cars would reach 54.5 mpg in the 2025 model year. (That's equal to about 37 mpg under newer, more realistic EPA tests.) It's those standards that the Trump administration wants to freeze, contending they are unreasonable.

Abuelsamid said it's unlikely that the industry would have raised gas mileage as much as it has in the U.S. without the government intervention.

"I can't see that consumers here would have demanded that kind of efficiency," he said.