The helicopter carrying Kobe Bryant and eight others did not have a Terrain Awareness and Warning System. 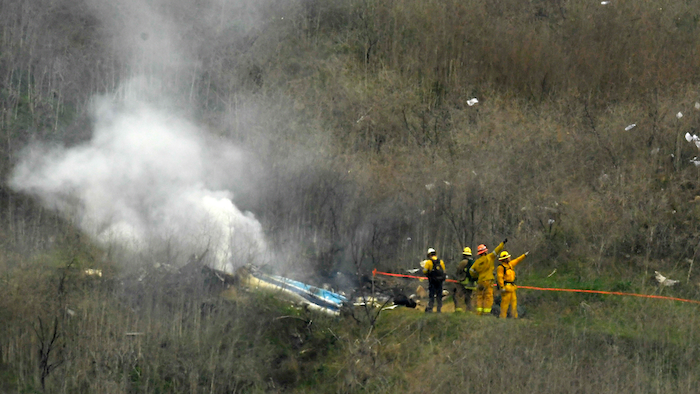 LOS ANGELES (AP) — U.S. Sen. Dianne Feinstein is calling for federal rules that crash-warning systems be required on commercial helicopters like the one that crashed in foggy weather last month outside Los Angeles, killing Kobe Bryant and eight other people.

The helicopter carrying Bryant and the others did not have a device called the Terrain Awareness and Warning System that signals when an aircraft is in danger of hitting ground.

The National Transportation Safety Board had recommended the system be required for helicopters. But the Federal Aviation Administration only requires it for air ambulances.

“In order to ensure such a tragedy never happens again, I ask that the FAA commence a rulemaking process to require all commercial helicopters operating in the U.S. to have terrain awareness and warning systems,” Feinstein, D-California, wrote in a letter Tuesday.

Bryant, daughter Gianna and seven other people died Jan. 26 when the helicopter crashed into a hillside. An investigation into the cause of the crash could take months.

A public memorial for the former Lakers superstar and his daughter is expected, but plans have not been announced.

A public memorial for Orange Coast College baseball coach John Altobelli, his wife, Keri, and daughter Alyssa will be held Feb. 10 at Angel Stadium of Anaheim.

The remains of all the victims have been released by the Los Angeles County coroner, online records show.

Also killed in the crash were Bryant friends Christina Mauser, Sarah Chester and her daughter Payton, and the helicopter pilot, Ara Zobayan.