The company disclosed the Securities and Exchange Commission's investigation in a regulatory filing. 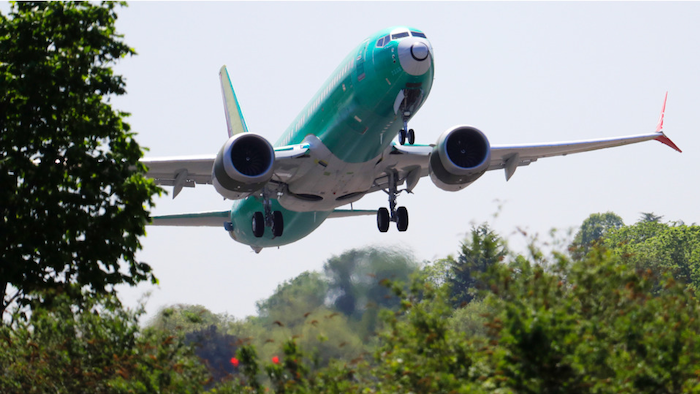 WASHINGTON (AP) — Boeing Co. has confirmed that securities regulators are investigating the company in connection with the 737 Max, which was grounded after two deadly crashes.

Boeing disclosed the Securities and Exchange Commission investigation in a regulatory filing Friday.

The filing provides few details of the probe beyond saying that Boeing is cooperating with government investigations including those by the Justice Department and the SEC. Boeing said it cannot estimate possible losses that could result from lawsuits and investigations.

Boeing said that in preparing financial statements, it made assumptions about the outcome of accident investigations and the expected costs it would bear in 2020 and 2021 from the Max's grounding. It didn't disclose those assumptions, but said they are “highly uncertain and significantly affect the estimates inherent in our financial statements.”

The existence of an SEC investigation was previously reported by news organizations.

It has taken Boeing far longer than it originally expected to complete fixes to the plane including flight-control software that played a role in two crashes that killed 346 people in Indonesia and Ethiopia and led regulators to ground the plane worldwide last March.

Last week, Chicago-based Boeing reported its first annual loss in 20 years, as the grounding caused a sharp drop in orders and deliveries of new planes. The company has identified $18.6 billion in extra costs caused by the crisis.

Boeing shut down the Max assembly line near Seattle last month, although company officials have suggested it might re-open this spring. Boeing doesn't expect Federal Aviation Administration approval of its changes to the plane until mid-year.