Natalie Christopher, 34, was found in a deep ravine on the Aegean island of Ikaria. 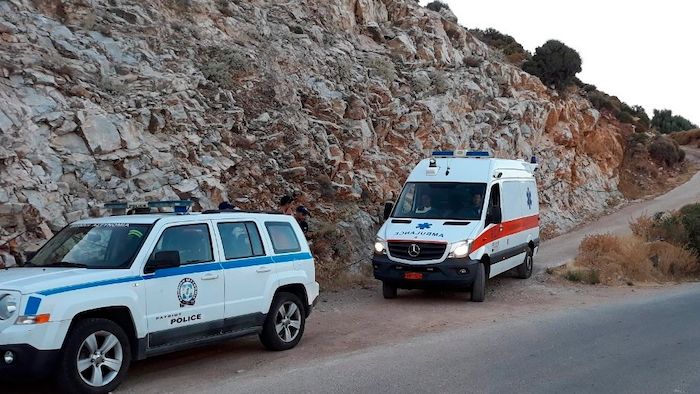 An ambulance in Faros village on the Greek island of Ikaria, Wednesday, August 7, 2019.
Nikos Litsardis/ikariaki.gr via AP

ATHENS, Greece (AP) — Greek search crews have found the body of a British scientist who went missing while on holiday on the Aegean island of Ikaria in a ravine near where she had been staying, authorities said Wednesday.

Police said the body of Cyprus-based astrophysicist Natalie Christopher, 34, was found in a 20-meter (65-foot) deep ravine. Christopher had been reported missing on Monday by her Cypriot partner with whom she was vacationing after she went for a morning run.

The cause of death was not immediately clear. An autopsy was scheduled for Thursday.

Rescuers told Greece's state ERT TV that the woman appeared to have slipped and suffered fatal injuries while rock climbing.

Police, firefighters, volunteers and the coast guard had been scouring the area where Christopher had been staying during her vacation, which has paths along ravines and steep seaside cliffs. A specialized police unit with geolocation equipment was sent to the island to help in the search.

Cypriot authorities said they were in close contact with Greek search crews and the woman's family.

"I express the sincere condolences of the Cypriot state and of myself to the family and friends of Natalie Christopher," Cypriot Justice and Public Order Minister George Savvides said after being informed that the body had been identified.