Shareholder Richard Seeks argues that Boeing should have told investors about safety problems with its best-selling plane after a fatal crash in October. 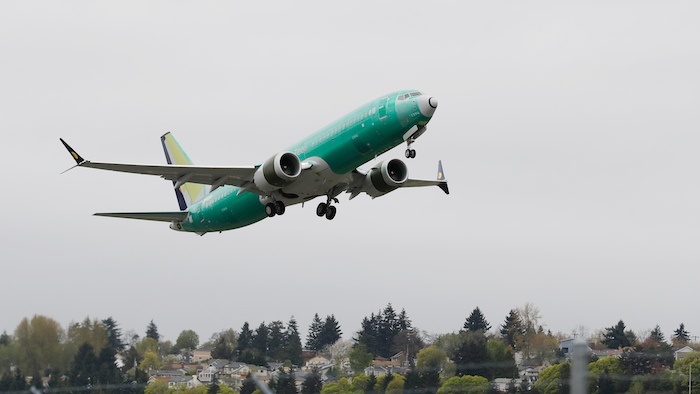 A Boeing 737 MAX 8 airplane flies after taking off on a test flight, Wednesday, April 10, 2019, at Boeing Field in Seattle.
AP Photo/Ted S. Warren

A Boeing shareholder is suing the company for allegedly hiding problems with its 737 Max jet to push its shares higher.

Shareholder Richard Seeks argues that Boeing should have told investors about safety problems with its best-selling plane after a fatal crash in October. Instead, it pushed the stock up to artificial highs by speaking optimistically about future sales before a second fatal crash in March sent shares tumbling, he says.

The company misled investors "by touting its growth prospects and profitability, raising guidance, and maintaining that the Boeing 737 MAX was the safest airplane to fly the skies," the lawsuit alleges. By doing so, investors bought shares at "artificially inflated prices."

The suit filed in U.S. District Court for the Northern District of Illinois seeks class action status for all Boeing shareholders who bought stock between January 8 and March 21.

Boeing did not immediately respond to a request for comment.

The company has been named as a defendant in growing number of suits filed by families of passengers killed in a Lion Air crash off the coast of Indonesia on October 29 and an Ethiopian Airlines crash on March 10. All 346 aboard the two flights died.

Its stock hit $440 early last month, then fell to $362 after the Ethiopian Airlines crash. The stock was at $369 in mid-afternoon trading Wednesday.

Boeing announced that it is making changes to a flight-control system implicated in both crashes. It has vowed to a software fix to get the planes back in the air since a worldwide grounding last month. The company is also promising that it would provide airlines with certain safety features previously offered to them as options and that it would provide additional training for Max pilots.

The lawsuit said that Boeing should have told investors that the safety features were optional on the Max jets it sold. It also alleged that the company hid from investors that the U.S. Federal Aviation Administration had given it authority to help certify that the Max plane was safe, along with allowing the company to greenlight a flight-control system involved in the two crashes.

The practice by the FAA of delegating safety checks to manufactures has come under fire by Congressional investigators since the crashes. The company is also facing probes by the U.S. Justice Department and the Transportation Department's inspector general.