A spacecraft around Mars has sent back a photo of Opportunity, which has been quiet ever since a massive dust storm in late spring. 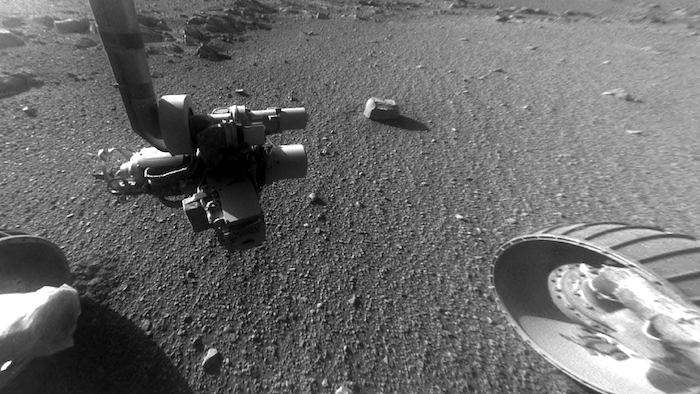 This Jan. 4, 2018 photo made available by NASA shows a view from the front Hazard Avoidance Camera of the Opportunity rover on the inboard slope of the western rim of Endeavour Crater on the planet Mars.
NASA/JPL-Caltech via AP

NASA's Mars rover, Opportunity, has been seen, but still not heard.

A spacecraft around Mars has sent back a photo of Opportunity, which has been silent ever since a massive dust storm engulfed the red planet in late spring. The rover appears in the photo as a pale dot.

The global dust storm prevented sunlight from reaching Opportunity's solar panels, and the rover fell silent in June. Although the skies have cleared considerably, Opportunity has yet to send word to flight controllers. NASA has stepped up efforts to contact Opportunity, but acknowledge the nearly 15-year-old rover may not have survived the prolonged power outage.