The first large drone to fly beyond sight of the pilot and without a manned airplane to observe it took off Monday in North Dakota. 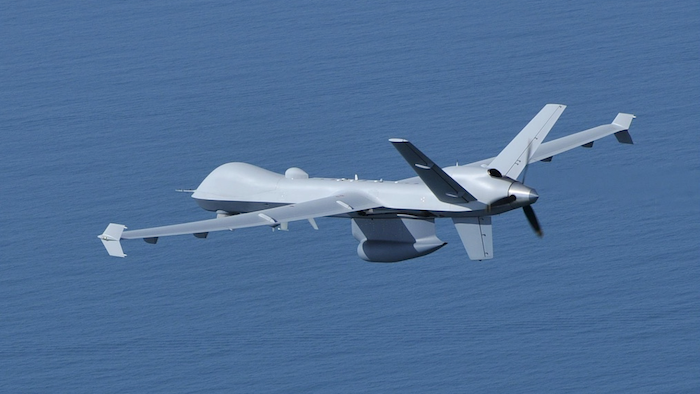 U.S. Air Force Secretary Heather Wilson was in North Dakota to commemorate the launch of the first large drone to fly beyond sight of the pilot and without a manned airplane to observe the plane.

The flight was conducted Monday by General Atomics Aeronautical Systems Inc., which is a tenant at the Grand Sky aviation technology park. A recent authorization by the Federal Aviation Administration allows the drones to fly within 30 miles of the park.

Political leaders from the state called the flight a historic milestone that shows North Dakota's standing in the unmanned aircraft industry.

Wilson was previously the president of the South Dakota School of Mines and Technology.