Previous attempts to combine metals and hydrogels have failed. 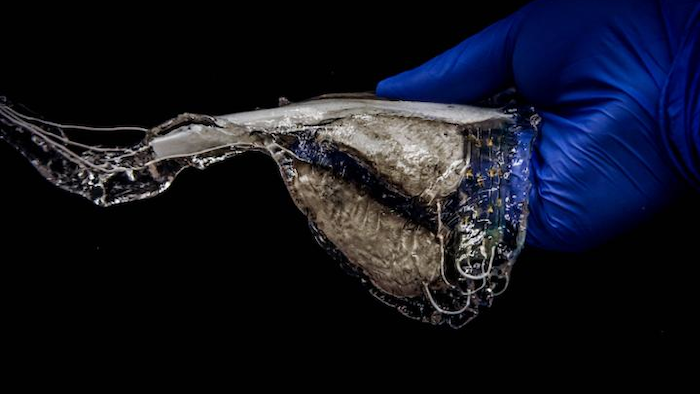 In the field of robotics, metals offer advantages like strength, durability, and electrical conductivity. But, they are heavy and rigid--properties that are undesirable in soft and flexible systems for wearable computing and human-machine interfaces.

Hydrogels, on the other hand, are lightweight, stretchable, and biocompatible, making them excellent materials for contact lenses and tissue engineering scaffolding. They are, however, poor at conducting electricity, which is needed for digital circuits and bioelectronics applications.

Researchers in Carnegie Mellon University's Soft Machines Lab have developed a unique silver-hydrogel composite that has high electrical conductivity and is capable of delivering direct current while maintaining soft compliance and deformability. The findings were published in Nature Electronics.

The team suspended micrometer-sized silver flakes in a polyacrylamide-alginate hydrogel matrix. After going through a partial dehydration process, the flakes formed percolating networks that were electrically conductive and robust to mechanical deformations. By manipulating this dehydration and hydration process, the flakes can be made to stick together or break apart, forming reversible electrical connections. 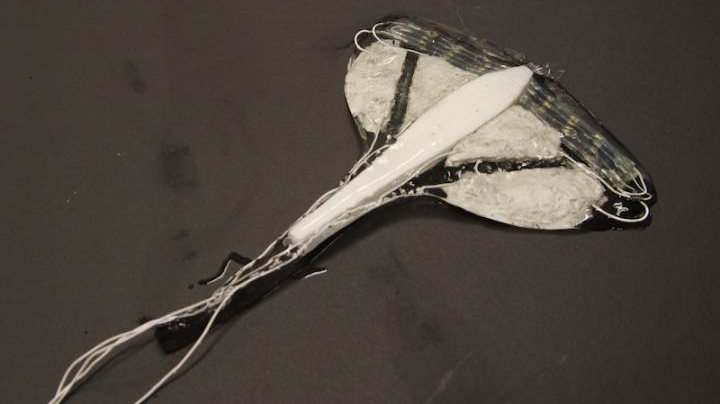 Previous attempts to combine metals and hydrogels revealed a trade-off between improved electrical conductivity and lowered compliance and deformability. Majidi and his team sought to tackle this challenge, building on their expertise in developing stretchable, conductive elastomers with liquid metal.

"With its high electrical conductivity and high compliance or 'squishiness,' this new composite can have many applications in bioelectronics and beyond," explained Carmel Majidi, professor of mechanical engineering. "Examples include a sticker for the brain that has sensors for signal processing, a wearable energy generation device to power electronics, and stretchable displays."

The silver-hydrogel composite can be printed by standard methods like stencil lithography, similar to screen printing. The researchers used this technique to develop skin-mounted electrodes for neuromuscular electrical stimulation. According to Majidi, the composite could cover a large area of the human body, "like a second layer of nervous tissue over your skin."

Future applications could include treating muscular disorders and motor disabilities, such as assisting someone with tremors from Parkinson's disease or difficulty grasping something with their fingers after a stroke. 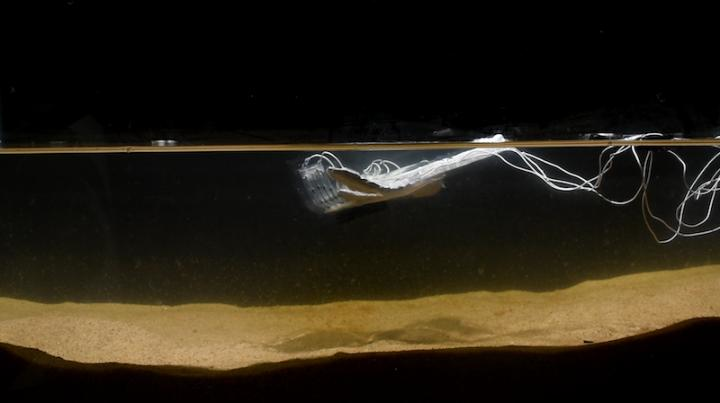 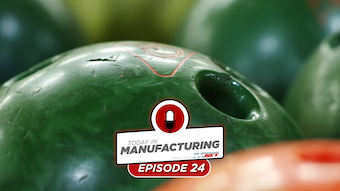 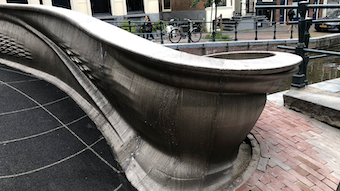 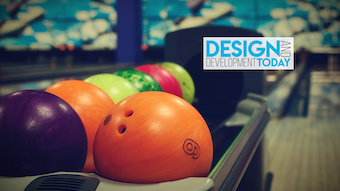 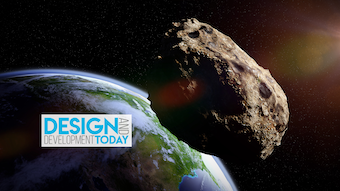 Launching nearly two dozen rockets at a space rock could alter its course — provided they all strike at the same time.
Jul 14th, 2021 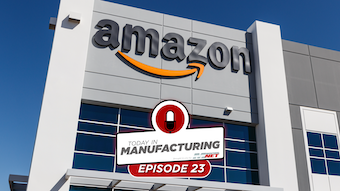 Also on the podcast, another large chemical fire, Amtrak replacing old trains, paper maker sues whistleblower, Panasonic and a desktop waterjet cuts a cow out of beef.
Jul 13th, 2021
Follow Us
Most Recent