He alleges that his paralyzed leg wasn't properly secured while he was on the ride. 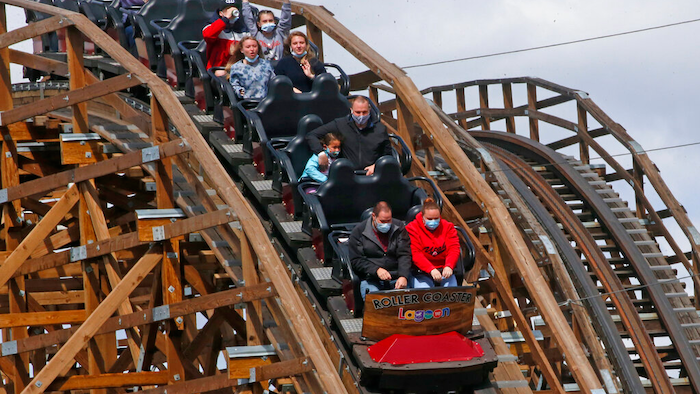 FARMINGTON, Utah (AP) — A paraplegic man who was injured on a roller coaster is now suing a Utah amusement park, saying his paralyzed leg wasn't properly secured while he was on the ride and his foot was shredded.

The lawsuit said Christensen's ligament in his big toe was “irreparably shredded," and that he suffered fractures to his lower leg, toe, and two other foot bones.

A spokesman for the theme park in Farmington, north of Salt Lake City, said he couldn't speculate on the facts of the incident, which are under investigation.

“The ride in question has a lap restraint similar to others used throughout the amusement industry,” Adam Leishman said.

Christensen is paralyzed from the waist down and he was using a wheelchair at the park during an October 2020 visit with his family and a friend.

Christensen's son and friend helped transfer him from the wheelchair to the roller coaster car.

According to the lawsuit, Christensen had the lap restraint secured correctly, but his right leg was not secured properly by the leg restraint, which caused the man's paralyzed leg to dangle below and he was injured when it got caught in the platform.