How Universities Can Deal with Disgraced Donors 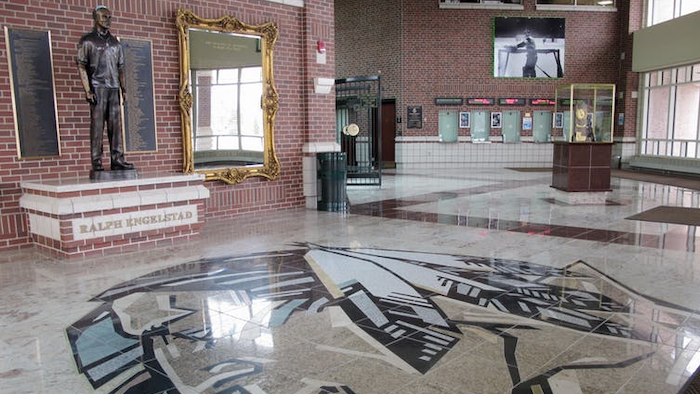 A statue of donor and Nazi memorabilia enthusiast Ralph Engelstad still stands in a hockey arena named after him on the University of North Dakota campus.
AP Photo/Dale Wetzel

Private donors are giving colleges and universities record amounts of money – along with increasingly frequent bouts of public shame when they turn out to have embarrassing baggage.

Revelations that Yale, Columbia, Cornell and other prestigious schools in the U.S. and elsewhere accepted millions over the past five years from members of the Sackler family have raised questions from students and alumni. The schools kept accepting donations even as the Sacklers were being sued over their drug company’s role in bringing on the U.S. opioid crisis.

Likewise, the willingness of Stanford, Harvard and MIT to take money from disgraced financier and alleged sex trafficker Jeffrey Epstein has caused upheaval on those campuses.

I have studied the ethical questions school leaders face regarding donor dollars for more than 20 years. This new airing of institutional dirty laundry has reinforced my theory of what colleges and universities should do to protect themselves and their reputations moving forward.

In my view, schools need a method for dealing with donors who become dubious after a gift has been accepted. Even better, they need to create fundraising policies that set limits on what donations the school accepts and put procedures in place that protect schools and donors regardless of whether donors pass the smell test from the start.

I believe that institutions of higher education should let students, faculty, staff and alumni help review or create new gift acceptance policies, rather than wait for their next donor-induced public relations crisis.

And I feel strongly that each school should turn to their own messaging for guidance.

Every U.S. college and university, whether public or private, religious or secular, spells out its mission, visions and values.

For example, Yale is “committed to improving the world today and for future generations through outstanding research and scholarship, education, preservation, and practice.”

The University of Illinois Urbana-Champaign aims “to enhance the lives of citizens in Illinois, across the nation and around the world through our leadership in learning, discovery, engagement and economic development.”

Prescott College, a private liberal arts college in Arizona, seeks “to educate students of diverse ages and backgrounds to understand, thrive in, and enhance our world community and environment.”

These statements aren’t mere slogans. They are public expression of a societal role and of commitments to students, faculty, donors and the public.

Two of the best ways that colleges and universities can show students the practical side of ethics is by being transparent about their leaders’ decisions and by engaging students to think through the tough questions with them.

And why not invite all students to wrestle with these ethical questions? Some schools, including Santa Clara University and Beloit College, already include a student representative on their gift acceptance committees.

It is rare, but not unheard of, for all students to be invited to give input to leaders who are making tough decisions dealing with money.

At Georgetown University, in April 2019, students weighed in on whether to pay reparations to descendants of enslaved people sold by the University in 1838. Two-thirds of the students voting did more than simply show support for providing reparations. They also voted in favor of having students pay a fee to fund the payments.

Six months later, the school said it would implement the recommendation, but without the student fee. Instead, school administrators decided that the university and its donors would shoulder the cost.

Similarly, the University of Virginia sought input from students on the design of the campus memorial for the enslaved people who built its campus in the 19th century. The memorial is now under construction in Charlottesville.

Campus communities that receive major gifts from donors who become disgraced later on have several options.

They may decide to give back money from donors who have engaged in behavior deemed inconsistent with the school’s values. The University of California, Los Angeles did that in 2014 when it gave $425,000 back to Donald Sterling, after the then-owner of the local basketball team made racist comments about Magic Johnson. UCLA also declined the balance of a $3 million pledge Sterling had made to support kidney research.

At the other extreme, schools may keep the names of donors on their walls or associated with department chairs – even if those benefactors become a source of embarrassment.

For example, the University of North Dakota uses a hockey arena on its campus named after Ralph Engelstad. The late casino magnate, who spent $110 million to build the venue, hosted “Hitler birthday parties” and opposed the retirement of the “fighting Sioux” as the school’s official athletic mascot.

The University of Missouri still has an endowed economics chair named for Kenneth L. Lay, the disgraced founder of the Enron energy company. Lay gave the school $1.1 million in Enron stock in 1999, two years before the company went bankrupt and seven years before he was found guilty of securities fraud and other misdeeds.

Seton Hall University, however, managed to reach agreement with donor Dennis Kozlowski, a former CEO convicted of pilfering money from the company he ran. The school kept his gift but purged Kozlowski’s name from campus buildings.

A more creative solution that I support as an ethicist is redirecting funds to research relevant to the donor’s crime or misbehavior once misdeeds are discovered.

Imagine if every school that took donations from Jeffrey Epstein were to funnel that same amount of money into research on the prevention of sex trafficking and treatment of pedophilia. That boost might bring about social change.

Brown University is already doing this by redirecting Sackler donations to off-campus opioid addiction treatment centers. And the University of Connecticut is using some donations it accepted from the Sacklers to fund addiction research and education.

I believe that any decision to redirect donor dollars should adhere to institutional messages and show that administrators have heard their stakeholders’ concerns.

When schools allow major donors to name buildings, programs or new wings of hospitals or museums, the question of what they might want to do in the face of misconduct by the donor rarely comes up. Neglecting that discussion may limit what can be done after the fact.

With no escape hatch written into gift agreements, as could be mandated by policies, the only way to take donors’ names down is often by repaying them or their heirs. Adjusted for inflation, these repayments can be quite expensive.

The Catholic University of America’s gift acceptance policy is a good model. It tells donors their naming rights may be revoked if the school “determines that its association with the donor will materially damage the reputation of the University.” Carnegie Mellon University has adopted this language, too.

Whether intended or not, the choices university presidents and other campus leaders make, or fail to make, speak to their school’s character and integrity. Bringing students into the discussion is likely to result in policies and responses that are consistent with the school’s values and with the whole point of higher education.

This article is republished from The Conversation under a Creative Commons license. Read the original article here: http://theconversation.com/how-higher-ed-can-deal-with-ethical-questions-over-its-disgraced-donors-124967.