Researchers Use Hogweed to Make Supercapacitors

They're using plant stems as electrodes. 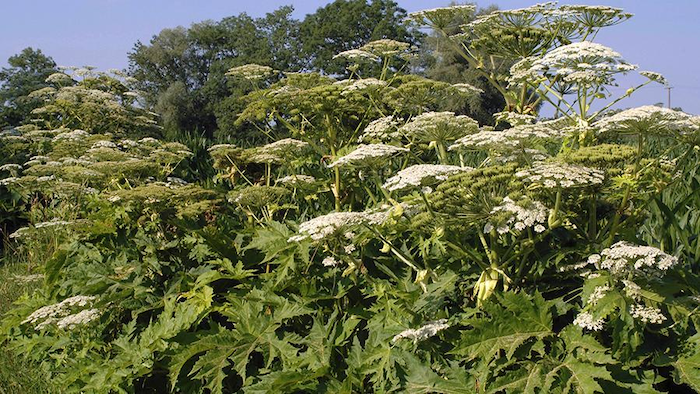 Hogweed, which has grown over vast territories of Russia, can be useful as a material for batteries.

Scientists from NUST MISIS have investigated the possibilities of fibrous substances in the plant stems. They have turned them into electrodes -- elements of devices capable of storing energy.

It was experimentally proven that the treated dangerous plant can successfully replace traditional sources of energy without compromising the quality of the batteries.

Supercapacitors are storage devices. They are distinguished from traditional batteries by their high power, long shelf life, and long service life. Such properties are partly explained by the fact that activated carbons with a highly developed surface with a large number of pores of different sizes, act as the electrode material. These pores provide an increase in the area of the electrodes, on which the maximum volume of the accumulated charge directly depends. Scientists are currently trying to receive carbon materials from various plant raw materials, especially from agricultural waste -- from the coconut, almond and walnut shells, husk remaining after cereal processing, etc.

Researchers from NUST MISIS have suggested that the optimal electrode properties can be found in hogweed stems. They consist of a firm bark and a soft inner core, similar to a sponge, forming a diverse porous structure. This design is effective for using carbon material as the basis of electrodes for supercapacitors. In order to turn hogweed stalks into a material suitable for use as electrodes, it was necessary to find the optimal processing technology for them.

The dry stalks of the hogweed were cut into bars about a centimeter long. Then, to remove various inorganic compounds contained in the stems, they were treated with hydrochloric acid, washed and dried. To obtain a carbon material, crushed hogweed stems were saturated with carbon dioxide at a temperature of 400 ° C. In the next stage, the obtained material was mixed with potassium hydroxide and activated, that is, the appeared pores were opened in an argon atmosphere at various temperatures.

Processing the primary carbon material at a temperature of 900° ? led to the formation of a surface with a large number of pores 2-4 nm in size.

"The main parameter of the supercapacitor is capacity, which means a measure of the ability to accumulate an electric charge, -- Oleg Levin, associate professor at the Department of Electrochemistry of St. Petersburg State University, explained. -- The capacity obtained from hogweed stems is at the same level as the one obtained from the other materials. Of course, when using, for example, graphene, it will be higher. However, the use of plant waste material for the production of active carbon is without a doubt a global trend. From this perspective, the work of scientists is promising and deserves attention".

However, the leader of the project, the head of the Department of Physical Chemistry at NUST MISIS Professor Mikhail Astakhov emphasizes that the use of hogweed stems for the production of electrodes on an ongoing basis may encounter great difficulties. Indeed, to obtain raw materials you will have to travel all over the country, cutting down the plant and taking it to the enterprise, since it is unreasonable to create sown areas for a dangerous wild plant. Sooner or later, the reserves of the "wild" hogweed may run low. In this case, the technology created for its processing will simply not be needed.

On the other hand, at present, areas covered by powerful hogweed that inhibits the development of other seeds that have fallen into the soil are only increasing.