Novel electrical contacts remove the need for seals, oil or other devices to prevent seawater from touching live contacts. 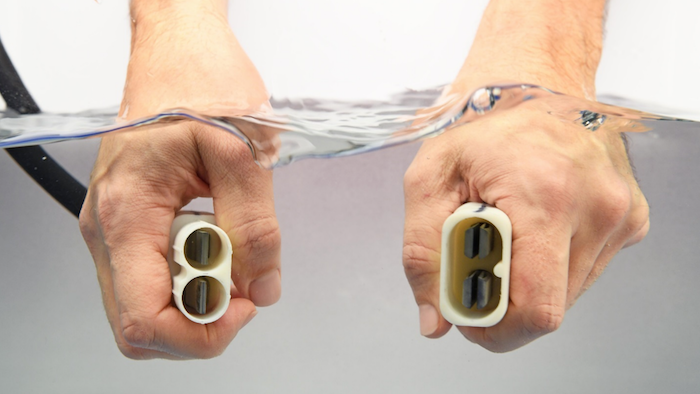 Researchers with Northrop Grumman Corp. have invented a novel underwater and water-tolerant electrical connector that will not corrode or short out the electrical components using it.

Besides eliminating the need for seals or oil to keep water off of the electrical contacts, this new, patented technology can provide a nearly-infinite number of mate and de-mate cycles while preventing electrical shocks.

The first commercial-style connector using this concept has just been produced, and licensees are being sought to produce these connectors for the commercial market.

This technology has been demonstrated to simultaneously pass power up to 2500 watts and HD video data at up to 80 Mbps, all while directly exposed under seawater.