Russian President Vladimir Putin on Wednesday sent a frigate armed with the country's latest Zircon hypersonic missile on a trans-ocean cruise in a show of force as tensions with the West escalate over the war in Ukraine.

Russia touts that the Zircon missile can evade any Western air defenses by flying at an astounding 7,000 miles per hour (11,265 km/h).

Here is a glance at the ship and its weapons.

THE PRIDE OF THE RUSSIAN NAVY

Commissioned by the navy in 2018 following long trials, the Admiral Gorshkov is the first ship in the new series of frigates which were designed to replace the aging Soviet-built destroyers as a key strike component of the Russian navy.

The Admiral Gorshkov has served as the main testbed for the latest Russian hypersonic missile, Zircon.

In recent years, the Zircon has undergone a series of tests, including being launched at various practice targets. The military declared the tests successful and Zircon officially entered service last fall.

Zircon is intended to arm Russian cruisers, frigates and submarines and could be used against both enemy ships and ground targets. It is one of several hypersonic missiles that Russia has developed.

Putin has hailed Zircon as a potent weapon capable of penetrating any existing anti-missile defenses by flying nine times faster than the speed of sound at a range of more than 1,000 kilometers (over 620 miles).

Putin has emphasized that Zircon gives the Russian military a long-range conventional strike capability, allowing it to strike any enemy targets with precision.

Russia's hypersonic weapons drive emerged as the U.S. has been working on its own Conventional Prompt Global Strike capability that envisions hitting an adversary's strategic targets with precision-guided conventional weapons anywhere in the world within one hour.

Putin heralded Zircon as Russia's answer to that, claiming that the new weapon has no rival, giving Russia a strategic edge.

Months before ordering the invasion of Ukraine, Putin put the U.S. and its NATO allies on notice when he warned that Russian warships armed with Zircon would give Russia a capability to strike the adversary's "decision-making centers" within minutes if deployed in neutral waters.

Speaking via video link during Wednesday's sendoff ceremony, Putin again praised Zircon as a "unique weapon" without an "equivalent for it in any country in the world."

In response, the Pentagon said it is monitoring the ship, and did not think it presented a threat that could not be countered.

"We are aware of the reports regarding the Russian launch of a frigate, the Admiral Grorshkov. We will continue to routinely monitor its activities as we maintain awareness of our operating environment," said Pentagon spokesman Army Col. Roger Cabiness. "While we do not comment on specific capabilities or speculate on hypotheticals, the Department of Defense remains confident in our ability to deter our adversaries and defend United States national security interests at any time, in any place."

Russia has already commissioned the Avangard hypersonic glide vehicles for some of its ground-based intercontinental ballistic missiles that constitute part of Russia's strategic nuclear triad. Putin has hailed the Avangard's ability to maneuver at hypersonic speeds on its approach to target, dodging air defenses.

The Russian military has also deployed the Kinzhal hypersonic missiles on its MiG-31 aircraft and used them during the war in Ukraine to strike some priority targets. Kinzhal reportedly has a range of about 1,500 kilometers (about 930 miles).

Russian Defense Minister Sergei Shoigu reported to Putin on Wednesday that the Admiral Gorshkov will patrol the Atlantic and Indian Oceans and the Mediterranean, but didn't give further details.

Shoigu said the Admiral Gorshkov's crew will focus on "countering the threats to Russia, maintaining regional peace and stability jointly with friendly countries." He added the crew will practice with hypersonic weapons and long-range cruise missiles "in various conditions."

Some military experts say a single, hypersonic missile-armed warship is no match for the massive naval forces of the U.S. and its allies.

But others noted that the frigate's potential deployment close to U.S. shores could be part of Putin's strategy to up the ante in the Ukrainian conflict.

"This is a message to the West that Russia has nuclear-tipped missiles that can easily pierce any missile defenses," pro-Kremlin political analyst Sergei Markov wrote in a commentary. 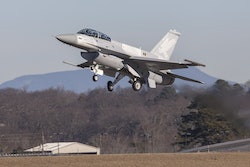 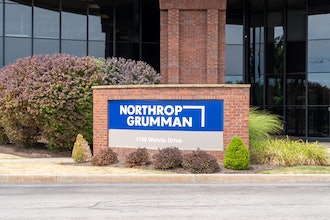