The lawsuit claims the Corps "severely underestimated" the impacts of a massive flood-control project. 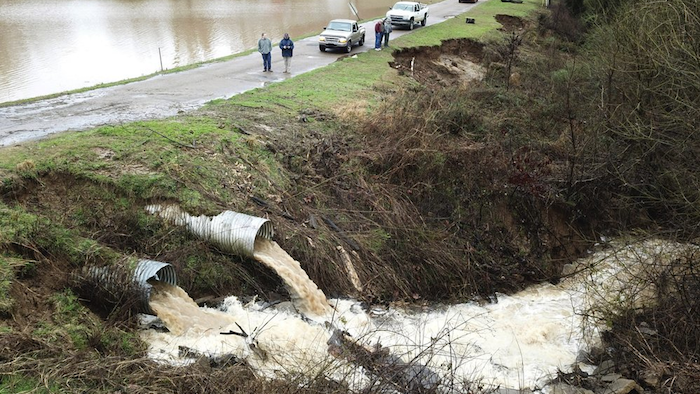 JACKSON, Miss. (AP) — A coalition of conservation groups is suing the U.S. Army Corps of Engineers over a massive flood-control project in the south Mississippi Delta they say was hastily approved in the final days of the Trump administration.

American Rivers, National Audubon Society, Sierra Club and Healthy Gulf filed a lawsuit in federal court in Washington, D.C on Wednesday against the Corps and U.S. Fish and Wildlife Service.

The same group already sued the Environmental Protection Agency in January in an attempt to block the construction of pumps in the Yazoo Backwater area north of Vicksburg.

The newest lawsuit claims the Corps “severely underestimated the pumps’ devastating impacts and failed to inform the public about the true costs of the project.”

The group says the Yazoo Pumps would drain thousands of acres of wetlands that support more than 450 species of fish and wildlife, including several federally endangered species.

“Not only will the Corps’ latest proposal degrade at least 39,000 acres of globally significant wetlands but over 82% of the Yazoo Backwater Area will continue to flood with the Pumps in place,” she said in a news release Wednesday.

The lawsuit asserts that U.S. Fish and Wildlife Service is abdicating its obligations under the Endangered Species Act if it allows the project to move forward.

The Yazoo Pumps project would involve the construction of a 14,000 cubic-feet-per-second pumping plant in the Yazoo Backwater Area to drain water, primarily from low-lying agricultural lands, during floods.

Opponents say pushing water out of the south Delta could cause worse flooding downstream along the Mississippi River, and that the main beneficiaries of the project would be agribusinesses.

The estimated price tag for the pumps is at least $400 million and Congress has set aside only a portion of the money needed for the project.

Farmers and environmentalists have been arguing for decades over proposals for flood-control projects in the south Delta.

The flatlands between the Mississippi and Yazoo rivers are dominated by agriculture and dotted with small communities. The area has flooded nine of the past 10 years, including a 2019 deluge that lasted several months.

It was approved by the Corps in January.

Supporters of the project say the current proposal is significantly different than the one the EPA previously vetoed, because the pumps would be in a different location miles away from the original plan. The current proposal calls for pumps near Deer Creek north of Vicksburg.

However, the coalition's lawsuit says that the project has not changed significantly from what was proposed in 2008. They say it still includes the same 14,000 cubic feet-per-second pumping plant, affecting the same wetlands as the project originally proposed.

The pumps have bipartisan support in Mississippi, including from Democratic U.S. Rep. Bennie Thompson, whose district includes the backwater area.

The Corps of Engineers said in 2020 that pumps would decrease the depth and duration of flooding in the Yazoo Backwater, and that rainfall would keep this part of the Delta from drying out.

In a statement on Wednesday, Peter Nimrod, chief engineer of the Mississippi Levee Board, a group in support of the project, said the lawsuit is a “disingenuous and dangerous attempt to prevent responsible management of flooding in the Delta that protects human and animal life."

Nimord said the historic flooding of the last three years has already wiped out generations of wildlife, killed two people and destroyed many homes in the impoverished region. He said national groups don't know what is best for people in Mississippi.

“The federal decision to move forward is consistent with applicable laws and sound science showing that reducing flood duration and height is not only good for our homes, roads, and people, but also provides multiple environmental benefits,” Nimrod said. “As proposed, the Yazoo Backwater Pumps will save lives while increasing wetland, terrestrial, aquatic, and waterfowl resources and reforestation.”