Conservation groups say the project would be harmful and expensive. 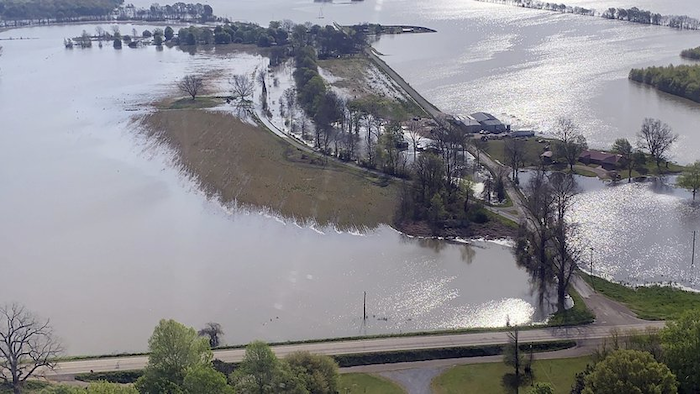 JACKSON, Miss. (AP) — The U.S. Army Corps of Engineers said Thursday that it will re-examine the potential environmental impact of a proposal for massive pumps to drain floodwaters from parts of rural Mississippi, drawing immediate criticism from conservation groups that say the project would be harmful and expensive.

Prominent Mississippi politicians have been pushing the Trump administration to revive and fund the project that was vetoed by the Environmental Protection Agency in 2008 under Republican President George W. Bush. Construction cost estimates exceed $400 million.

EPA Administrator Andrew Wheeler said in April 2019 that the agency would reconsider the decision that has blocked the proposal for huge pumps to be built at the confluence of the Yazoo and Mississippi Rivers.

The Corps of Engineers filed a public notice Thursday in the Federal Register saying it will prepare a new environmental impact statement for the Yazoo Backwater Area north of Vicksburg. The expanse of Delta flatland has experienced significant flooding during nine of the past 10 years, the Corps said.

“In particular, the historic flood of 2019 caused two deaths, caused hundreds of millions of dollars in damages, flooded over 600 homes, and significantly adversely affected the aquatic and terrestrial environment," the Corps said. "The recurring flooding has demonstrated the need to complete the Yazoo Area Pump Project feature.”

The late Sen. John McCain once called the pumps “one of the worst projects ever conceived by Congress," and opponents say pushing water out of the south Delta could cause worse flooding downstream along the Mississippi River.

Among the Mississippi politicians trying to revive the project are Republican U.S. Sens. Roger Wicker and Cindy Hyde-Smith, current Gov. Tate Reeves and his fellow Republican predecessor Phil Bryant and Democratic U.S. Rep. Bennie Thompson, whose congressional district includes the areas that would be most affected.

The Sierra Club said Thursday that the pump project is a “boondoggle" and “the poster child for political pork barrel spending.” Louie Miller, director of the group’s Mississippi chapter, said the Corps previously found that most of the area that flooded in 2019 would have still been submerged even if the pumps were in place. He said agricultural interests would be the main beneficiaries.

“The Yazoo Pumps are a cruel hoax on the citizens of the Mississippi Delta, sold as a panacea for flooding when in fact the project will only enrich a select few who will benefit from lucrative contracts from the estimated $440 million dollars in taxpayer funding,” Miller said.

Another conservation group, American Rivers, said this week that the Big Sunflower River in northwestern Mississippi is threatened by the pump project. The Big Sunflower drains into the Yazoo River, and the group said the pumps would harm 200,000 acres of “nationally significant wetlands.”

“The good news for South Delta residents is that there are better, more cost-effective flood protection alternatives," Bob Irvin, the president and CEO of American Rivers, said in a statement Thursday. “It’s time for the Army Corps to advance science-based solutions that prioritize public safety and river health.”