The Army Corps of Engineers spent more than $400 million to close 24 breaches. 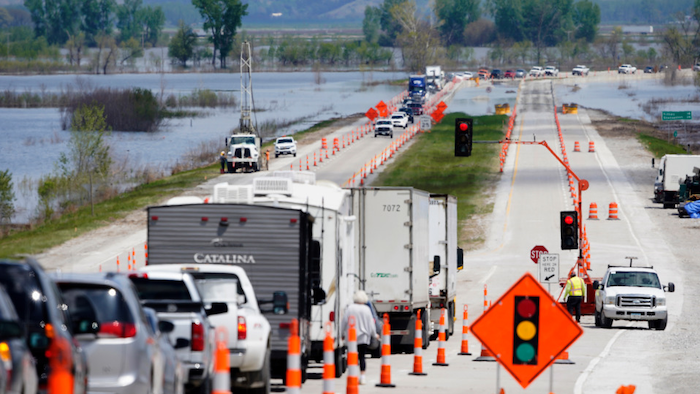 Vehicles await their turn to cross the single-lane bridge over the Missouri River on Highway 2 near Percival, Iowa, May 10, 2019.
AP Photo/Nati Harnik, File

OMAHA, Neb. (AP) — The U.S. Army Corps of Engineers' Omaha District has reached its goal of having the Missouri River mainstem levee system restored to its full height following massive flooding a year ago that devastated areas of Nebraska, Iowa, Kansas and Missouri.

While there is still much work to be done throughout the region, crews had closed 24 breaches along the main river system by March 1, spending more than $400 million to date on the work, Corps officials said Friday in a news conference in Omaha.

While the levees along the main system have been restored to their full elevation, they won't be considered fully restored until grass can take root on them in warmer weather, Hudson said. The grass will help stymie erosion.