Lockheed Martin CEO to Step Aside

Marillyn Hewson is the first woman to lead the top U.S. defense contractor. 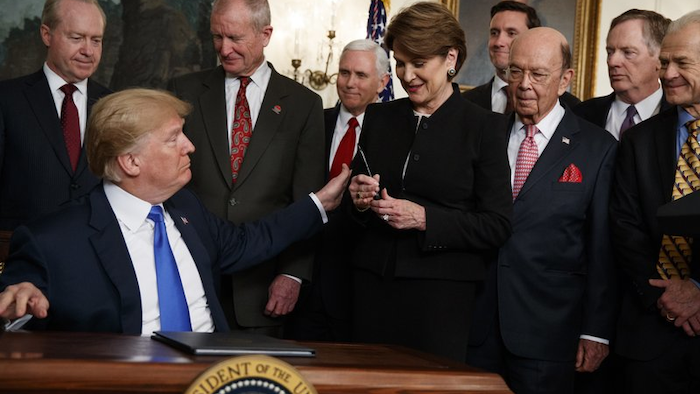 Lockheed Martin announced this week that chief executive Marillyn Hewson would step down in June after seven years at the helm of the defense giant.

James Taiclet, the CEO of cellular tower operator American Tower and a member of Lockheed’s board, was named her successor.

Hewson, 66, was named CEO in 2013 and added the titles of president and chairman the following year. She is the first woman to lead the company, which highlighted its dramatic growth during her tenure. Lockheed, the company noted, grew from a $2 billion market capitalization to about $100 billion on her watch as it expanded from a primarily U.S.-focused company into one with operations and assets across 19 countries.

Hewson is slated to stay on as the company’s executive chairman of the board.

"I know it is the right time to transition the leadership of Lockheed Martin,” Hewson said in the announcement.

Taiclet, 59, is a former Air Force pilot who served an executive at Honeywell Aerospace and Pratt & Whitney before joining American Tower.

Lockheed also announced the appointments of Frank A. St. John as chief operating officer and Stephanie Hill to St. John’s former role as executive vice president of the its Rotary and Mission Systems business.