Amazon sued the Defense Department after Microsoft won the contract. 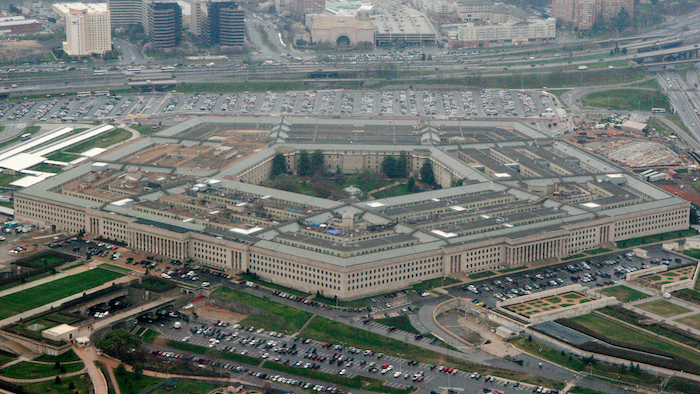 WASHINGTON (AP) — The Pentagon is reconsidering its awarding of a major cloud computing contract to Microsoft after rival tech giant Amazon protested what it called a flawed bidding process.

U.S. government lawyers said in a court filing this week that the Defense Department “wishes to reconsider its award decision” and take another look at how it evaluated technical aspects of the companies' proposals to run the $10 billion computing project.

The filing doesn't address Amazon's broader argument that the bidding was improperly influenced by President Donald Trump's dislike of Amazon and its CEO, Jeff Bezos. Bezos owns The Washington Post, a news outlet that Trump has often clashed with.

Amazon Web Services is a market leader in providing cloud computing services and had long been considered a leading candidate to run the Pentagon's Joint Enterprise Defense Infrastructure project, known as JEDI. The project will store and process vast amounts of classified data, allowing the U.S. military to improve communications with soldiers on the battlefield and use artificial intelligence to speed up its war planning and fighting capabilities.

Amazon sued the Pentagon after Microsoft won the contract in October. Work on the project has been halted as the lawsuit proceeds.

The judge who is presiding over the bid protest in the U.S. Court of Federal Claims said earlier this month that Amazon's challenge likely had merit on some technical grounds involving pricing.

The Pentagon is asking her for 120 days to reconsider “certain aspects” of its decision. Amazon said in a statement it is pleased the government is taking corrective action if it "fully insulates the re-evaluation from political influence and corrects the many issues affecting the initial flawed award.”

Wedbush analyst Dan Ives said one possible outcome is that the Pentagon could end up splitting the award between Microsoft and Amazon, or with other vendors. That would move the project forward and get it out of the courts, he said.