Amazon Wants to Question Trump Over $10B Contract

The company alleged that Trump's interference and bias harmed its bid. 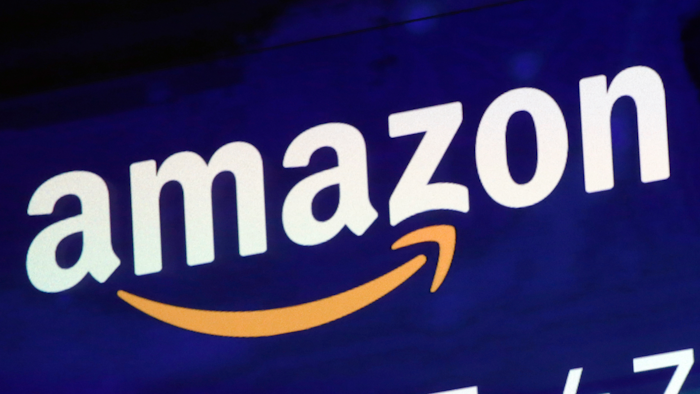 Amazon wants President Donald Trump to submit to questioning over the tech company's losing bid for a $10 billion military contract.

The Pentagon awarded the cloud computing project to Microsoft in October. Amazon later sued, arguing that Trump's interference and bias against the company harmed Amazon's chances.

Amazon was considered an early front-runner for a project that Pentagon officials have described as critical to advancing the U.S. military's technological advantage over adversaries. The project, known as Joint Enterprise Defense Infrastructure, or JEDI, will store and process vast amounts of classified data, allowing the U.S. military to improve communications with soldiers on the battlefield and use artificial intelligence to speed up its war planning and fighting capabilities.

The Pentagon was preparing to announce its decision between finalists Amazon and Microsoft when Trump publicly waded into the fray in July. Trump said then that other companies told him the contract “wasn’t competitively bid," and he said the administration would “take a very long look.” Oracle had also protested after it and IBM were eliminated from an earlier round of bidding.

Amazon is looking for more information about what happened before and after Trump ordered the review. Amazon's court filing cites an alleged comment that surfaced in a recent book that said Trump in 2018 privately told then-Defense Secretary Jim Mattis to "screw Amazon" out of the contract.

George Washington University procurement law expert Steve Schooner said a deposition of Trump would be “clearly relevant to the primary allegations underlying their lawsuit,” but that doesn't mean it will happen.

“I can't imagine this president sitting for that deposition,” Schooner said in an email Monday.

Besides seeking Trump's deposition, Amazon is also asking to depose Mattis, current Defense Secretary Mark Esper and other government officials. Amazon said it wants more information about the “unusual timing” of Esper recusing himself from the decision-making process because of his son's work for IBM. That came in October, long after IBM was no longer in the running for the contract and despite Esper earlier pledging to take a “hard look” at the bids after Trump ordered the review.

In a filing with the U.S. Court of Federal Claims unsealed Monday, Amazon said Trump has a “well-documented personal animus towards” Amazon, its CEO Jeff Bezos and The Washington Post, which Bezos owns. Amazon said Trump is the only one who can testify about the “totality of his conversations and the overall message he conveyed” about the bidding process.

Trump has accused Amazon of not paying its fair share of taxes and of putting brick-and-mortar stores out of business. Trump has also gone after Bezos personally and accused the Post of being Amazon's “chief lobbyist.”

"The request is unnecessary, burdensome and merely seeks to delay getting this important technology into the hands of our warfighters,” Lt. Col. Robert Carver, a Pentagon spokesman, said in an email.

A judge is expected to decide as early as this week on whether Microsoft can start working with the Pentagon on the cloud computing project. Amazon has asked for work to be halted as its lawsuit proceeds.

Amazon said in a statement Monday that it's important to discover what happened to preserve public confidence in the procurement process because Trump has repeatedly demonstrated his willingness to interfere with government processes to advance his personal interests.

"The question is whether the President of the United States should be allowed to use the budget of the DoD to pursue his own personal and political ends,” the company said.

The deadline to extend a nuclear arms deal with Russia is approaching as China looks to expand its nuclear forces.
Sep 17th, 2020

To enable developments in autonomy, machine sensing must be resilient across changing environments.
Sep 15th, 2020

Pentagon Reaffirms Microsoft as Winner of Disputed $10B Contract

Amazon said its concerns about political corruption have only grown.
Sep 8th, 2020
Follow Us
Most Recent