Brig. Gen. Peter Helmlinger said the Missouri River channel in northwestern Iowa could allow the river to spread out and carry more water. 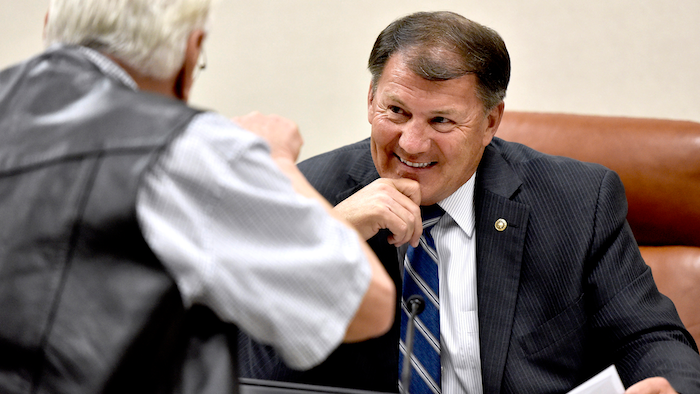 NORTH SIOUX CITY, S.D. (AP) — An official with the U.S. Army Corps of Engineers said Wednesday a study is needed to consider changes to flood-control measures along the Missouri River south of Sioux City, Iowa.

Speaking after a U.S. Senate field hearing in North Sioux City, South Dakota, Brig. Gen. Peter Helmlinger noted such a study could call for actions such as changing the Missouri River channel in the Sioux City area to letting the river spread out and carry more water. Helmlinger is commander of the corps' Northwestern Division, which oversees the six Missouri River reservoirs and other flood control measures.

"That could be one of the recommendations of a lower river management study," Helmlinger said. "We have to increase the volume of water that can be carried safely down the river."

The Sioux City Journal reports that levees also could be rebuilt farther from the river to give the waterway more room.

Helmlinger said such a study would take three years and be delivered to Congress, which would decide how the proposals could be implemented.

"We need to do something different than simply rebuild the system as it is now," he said.

At the hearing in the North Sioux City Council chambers, Rounds focused on whether the corps could adjust reservoir releases when wetter years were expected.

"When wet years do occur, we need to be able to manage them," Rounds said.

Remus said it's difficult to do pre-emptive releases from dams until after March 1, when most river ice has melted.