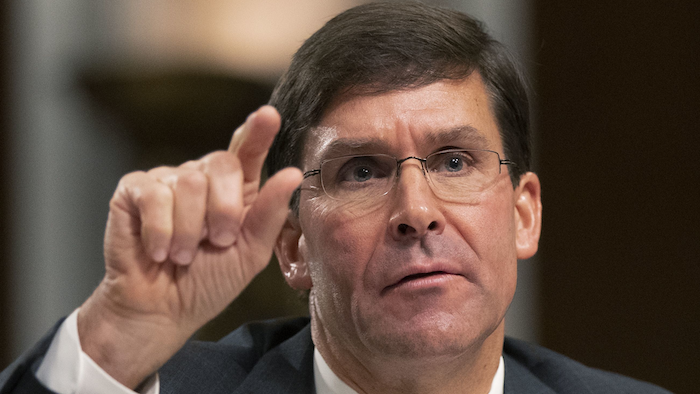 NEWPORT, R.I. (AP) — Policymakers and defense industry representatives are coming together in Rhode Island to discuss innovation and technologies in development for the military.

The executive director of the alliance, Molly Donohue Magee, says local industry executives can hear directly from Esper about his priorities and he can learn more about the region's role in the national defense.

Esper was invited by U.S. Sen Jack Reed and Rep. Jim Langevin. The Rhode Island Democrats are also taking part in the forum, along with other congressional and military leaders.