State officials aren't giving up their push to get the Trump administration to remove weapons-grade plutonium secretly shipped to a site near Las Vegas. 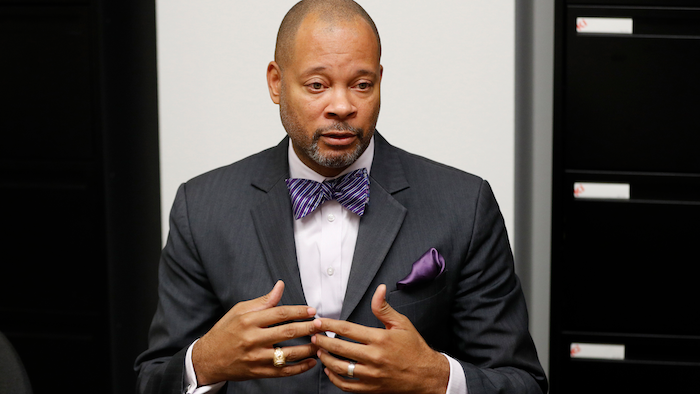 RENO, Nev. (AP) — Nevada isn't giving up its push to get the Trump administration to remove weapons-grade plutonium that was secretly shipped to a site near Las Vegas last year, learning from an appeals court defeat and planning a challenge that gets to the heart of the fight.

State Attorney General Aaron Ford wrote in filings Thursday in federal court in Reno that he will ask a judge to order the plutonium out of Nevada, promising to keep up the battle to protect people and the environment from "ongoing harm" from the radioactive material.

It comes the same week a three-judge panel of the 9th U.S. Circuit Court of Appeals dismissed the state's appeal for a ban on any new shipments of plutonium once used to make nuclear weapons.

The court said Tuesday that it's a moot point because the material arrived last year and Energy Secretary Rick Perry has promised no more will be sent. The judges also denied Nevada's request to remove any material already shipped because it wasn't included in the original motion.

The state said in the new filings that it intends to alter its November lawsuit, which alleged the Department of Energy illegally decided to transport the material from South Carolina without telling Nevada officials or completing a full environmental review of potential health and safety dangers.

"Because DOE concealed the fact that the shipments had already occurred before Nevada filed its complaint, Nevada did not expressly request removal of the plutonium," Ford wrote.

When Nevada sued, it wasn't aware that the government had already shipped a half metric ton of plutonium to the Nevada National Security Site, about 90 miles (145 kilometers) northwest of Las Vegas.

The state says the Trump administration abused "top secret" classifications to meet a court order to remove a ton of weapons-grade plutonium from the Savannah River site in South Carolina by Jan. 1, 2020.

The Energy Department insists the plutonium was properly classified for security. It revealed that the material was in Nevada on Jan. 30, the same day a U.S. judge ruled against the state.

After it appealed to the 9th Circuit, Energy Secretary Rick Perry sent a letter to Democratic U.S. Sen. Catherine Cortez Masto, pledging to expedite removal of the plutonium already sent to Nevada — beginning in 2021 — and promising no more will be sent.

Perry has visited the site twice in recent months and provided a classified briefing to Democratic Gov. Steve Sisolak to try to allay the state's concerns.