The CEO of Tesla and SpaceX, which provides satellite launch services to the Defense Department, resubmitted his SF-86 security form after smoking marijuana on a podcast last year. 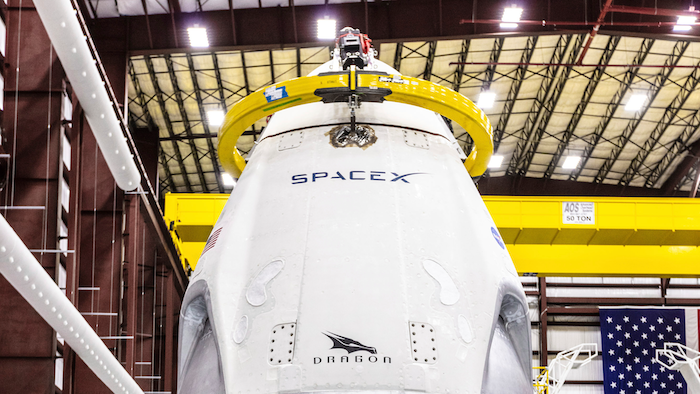 In this Dec. 18, 2018, photo, SpaceX's Crew Dragon spacecraft and Falcon 9 rocket are positioned inside the company's hangar at NASA's Kennedy Space Center.
SpaceX via AP

An official says the Pentagon is reviewing the federal security clearance held by tech billionaire Elon Musk, the founder and chief executive officer of SpaceX.

Musk resubmitted his SF-86 security form after he smoked marijuana on a podcast last year. SpaceX provides satellite launch services to the Defense Department. Musk was obliged to resubmit the form because marijuana is an illegal drug under federal law. Bloomberg News was first to report Musk's refiling of the security form.

The official, who confirmed the matter on condition of anonymity because the government does not publicly discuss individuals' security clearance status, said Friday that no decision has been made on Musk's clearance.