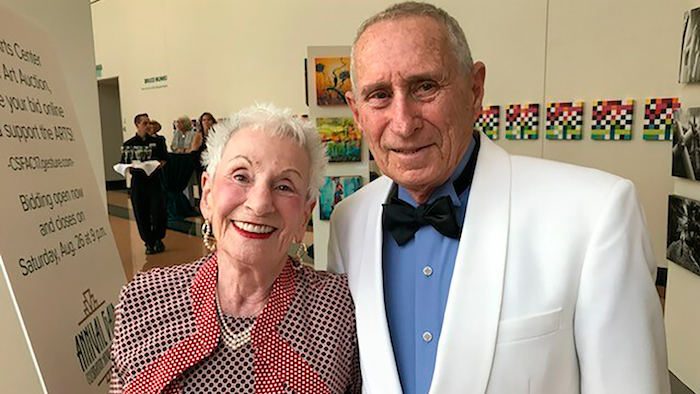 Funeral services were held Wednesday for Mower, who died two days earlier of cancer at Porter Adventist Hospital in Denver, The Baltimore Sun reported. The Maryland native had moved to Colorado about a decade ago.

Mower and Dr. Michel Mirowski, both colleagues at Sinai Hospital in Baltimore, began working in 1969 on developing a miniature defibrillator that could be implanted into a patient. The device would correct a patient’s over-rapid or inefficient heartbeat with an electric shock to resume its regular rhythm.

“It was the talk of the whole hospital that these two crazy guys are going to put in an automatic defibrillator,” Mower said in a 2015 interview with The Lancet medical journal. “If something had gone awry, we would have never lived it down. We were these two crazy guys who wanted to put a time bomb in people’s chests, so to speak.”

The physicians had, in a matter of months, a model of an automatic implantable cardioverter defibrillator for demonstration. But it wasn’t until 1980 that the device was implanted into a human at Johns Hopkins Hospital, the newspaper reported.

The U.S. Food and Drug Administration approved the device in 1985. Both doctors shared the patent for the device, the technology of which was sold to pharmaceutical giant Eli Lilly. Mower later became director of medical research for the Eli Lilly division that produced the implantable cardioverter defibrillator, according to the newspaper.

“I think Morty had as much influence successfully finding a treatment for sudden death as anyone in our profession,” said Dr. David Cannom, a retired Los Angeles cardiologist and longtime friend.

The device “proved that it was better than medication in treating arrhythmia, and they did this against all odds at a small hospital in Baltimore,” Cannom added. “And for the past 40 years, it has proven that it's reliable" while saving many lives.

Mower, a Baltimore native who grew up in Frederick, attended Johns Hopkins and the University of Maryland School of Medicine. He worked at Baltimore hospitals and served in the Army before beginning his professional career at Sinai in 1966 as a co-investigator of its Coronary Drug Project. He was chief or acting chief of cardiology at the hospital for several years in the 1970s and 1980s. Sinai Hospital named a medical office building for him in 2005.

Later in his career, he was a consultant or executive for several medical companies.

“He continued his research and worked up until his death,” his son, Mark Mower, of Beverly Hills, California, wrote in an email to the newspaper. “He never wanted to waste a moment of his life.”

Mower received many awards, including a 2002 induction into the National Inventors Hall of Fame. He also was involved in many Jewish charitable organizations. One group, Jewish National Fund-USA, praised him for his fundraising efforts toward water infrastructure, education and community centers in Israel. Mower and his wife of 57 years, Toby, had visited Israel weeks before his death.

“As a medical inventor, his innovations restarted the hearts of millions, yet he also gave a heartbeat to an entire nation – the land and people of Israel,” Jewish National Fund-USA CEO Russell F. Robinson said in a news release.

In addition to his wife and son, Mower is survived by his daughter, Robin Sara Mower of Denver; and three grandchildren.