Prosecutors said the company "put profits ahead of the health of millions of women." 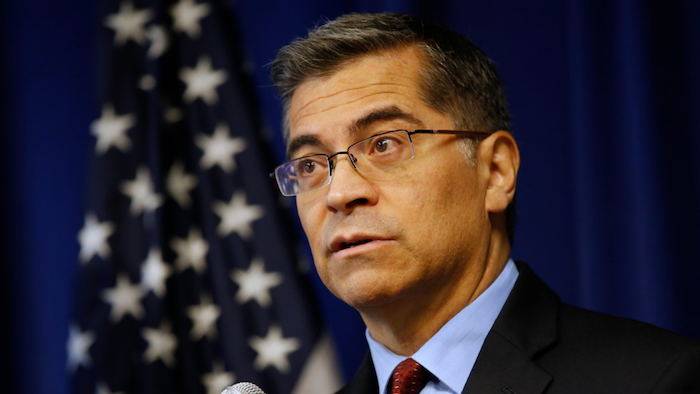 Superior Court Judge Eddie Sturgeon ruled against the medical giant in a lawsuit brought in 2016 by the California Department of Justice.

“Johnson & Johnson knew the danger of its mesh products but put profits ahead of the health of millions of women," California Attorney General Xavier Becerra said in a statement.

The products, also called transvaginal mesh, are a synthetic surgically implanted through the vagina of women whose pelvic organs have sagged or who suffer from stress urinary incontinence when they cough, sneeze or lift heavy objects.

Such incontinence is estimated to affect 3% to 17% of women and sometimes becomes severe after age 70.

Johnson & Johnson is dealing with thousands of other lawsuits over drug side effects, its role in the U.S. opioid epidemic and allegations its baby powder caused cancer in some users.

Many women have sued the company alleging the mesh caused severe pain, bleeding, infections, discomfort during intercourse and the need for removal surgery.

The company's Ethicon surgical products unit ”responsibly communicated the risks and benefits of its transvaginal mesh products to doctors and patients," the company said in a statement.

It said Ethicon empathizes with women who suffer from pelvic organ prolapse and stress urinary incontinence, and it recognizes that millions of patients have benefited from Ethicon devices.

In October, Johnson & Johnson agreed to a $117 million settlement with 41 states and the District of Columbia over similar allegations involving the mesh devices.

At the time of the multi-state settlement, a spokeswoman for Ethicon said the company did not admit misconduct and that the devices were considered the “gold standard” by many for treating incontinence.

The UK-based International Urogynaecology Association, which works to improve treatment outcomes for women with incontinence and other pelvic floor disorders, says pelvic mesh is a safer option than older surgical procedures, which are more invasive, carry higher risks of complication and require much longer recovery times.

After the most recent earnings report, Erik Gordon, a professor and pharmaceuticals analyst at University of Michigan's Ross School of Business, commented on the legal issues.

“A big question hanging over the company is how many billions of dollars it may have to pay as a result of the wave of products liability lawsuits it faces," he wrote.