The reusable fake frogs are made of water, fibers and salts. 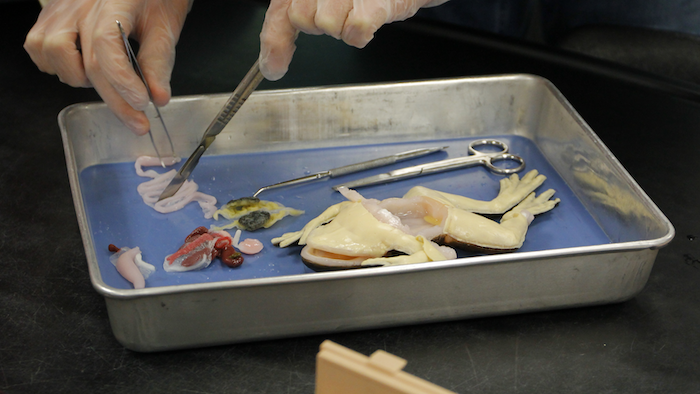 NEW PORT RICHEY, Fla. (AP) — No frogs were harmed in the making of a Florida high school’s science class.

The lives of real frogs are being spared at a cost of $150 per synthetic frog. Tampa-based developer SynDaver received funds from People for the Ethical Treatment of Animals to help create the “SynFrog.”

SynDaver says the fake frogs are made of water, fibers and salts and can be reused. Founder and CEO Dr. Christopher Sakezles says the synthetic frogs are also safer because there are no potentially harmful chemicals.

PETA says 3 million frogs are killed for classroom use each year.